Soldiers Assault A Palestinian Near Qalqilia 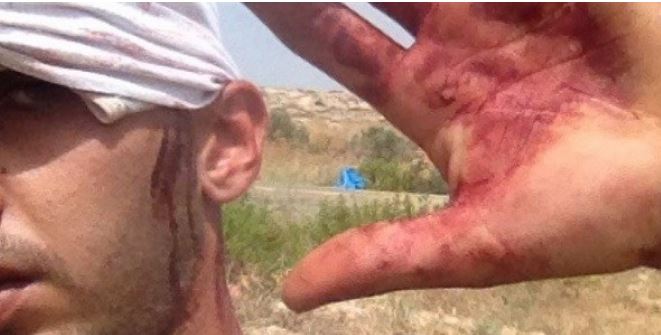 Medical sources have reported that Israeli soldiers repeatedly assaulted, on Wednesday evening, a young Palestinian man, and detained several others for a few hours. The young man, Sa’eb al-Asmar, 25, from ‘Aqraba town southeast of the Northern West Bank city of Nablus, suffered numerous cuts and bruises to various parts of his body, mainly his head, and was moved to a local clinic for treatment.

He said that the soldiers struck him with batons and rifle butts, in addition to repeatedly kicking and punching him.

The young man added that the soldiers chased him and fellow workers near ‘Azzoun town, in the northern West Bank district of Qalqilia, as they were trying to enter Israel for work.