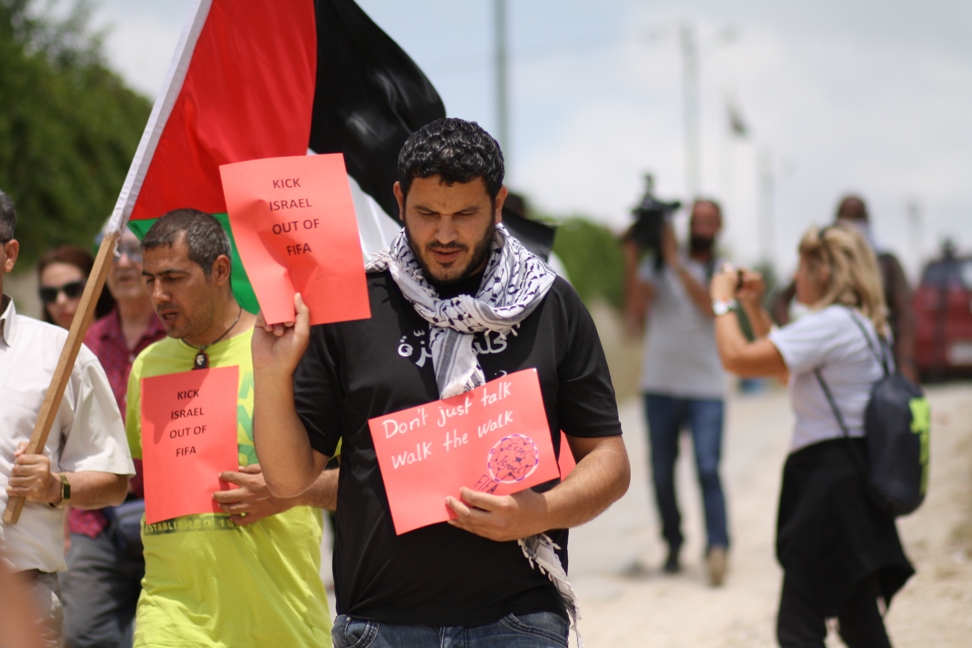 As dozens of Palestinians, Israeli and international peace activists marched, Friday, in the weekly nonviolent protest against the Wall and settlements in Bil’in village, near the central West Bank city of Ramallah, Israeli soldiers fired dozens of gas bombs, and chased the protesters; many injuries have been reported.The protest started from the center of the village, when the residents along with Israeli and international supporters marched chanting against the Israeli occupation, ongoing violations, and calling for national unity among the Palestinians, in addition to the release of all political prisoners.

They also called for supporting the Palestinian demand regarding suspending Israel’s membership in the FIFA, due to its escalating violations, settlement activities and its ongoing illegal occupation of Palestine.

The Popular Committee against the Wall and Settlements in Bil’in said dozens of protesters suffered the effects of tear gas inhalation.

Clashes were reported after the soldiers used excessive force against the protesters, while local youths managed to throw back several gas bombs fired at them by the soldiers.

The soldiers also attacked weekly protests in different parts of the West Bank, especially in Ni’lin nearby village, and Kufur Qaddoum near the northern West Bank city of Qalqilia.

One Palestinian, 18 years of age, was shot with a live round in Kufur Qaddoum, while many suffered the effects of tear gas inhalation, medical sources said. 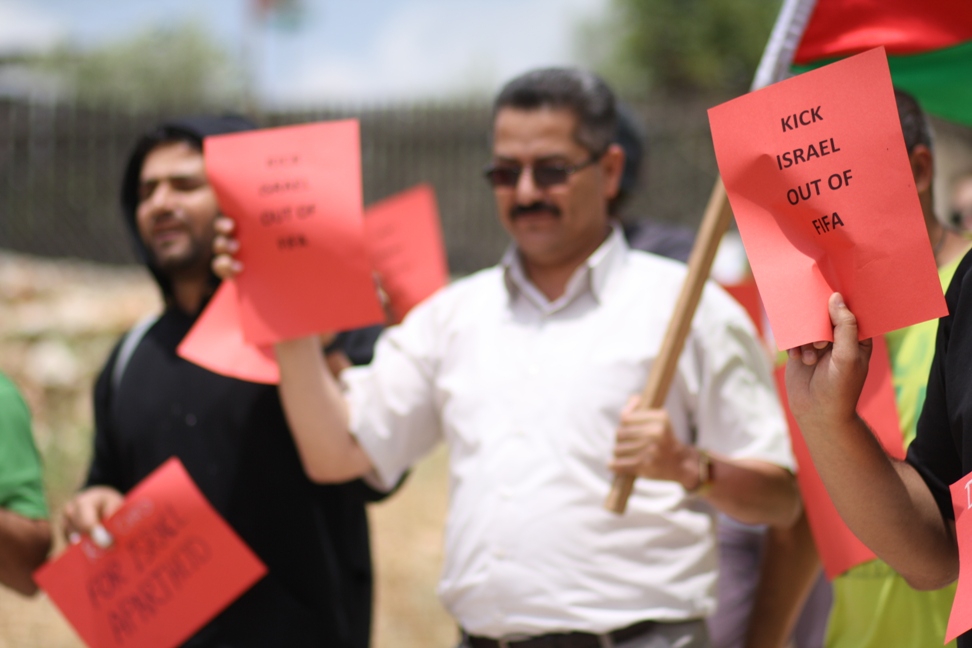 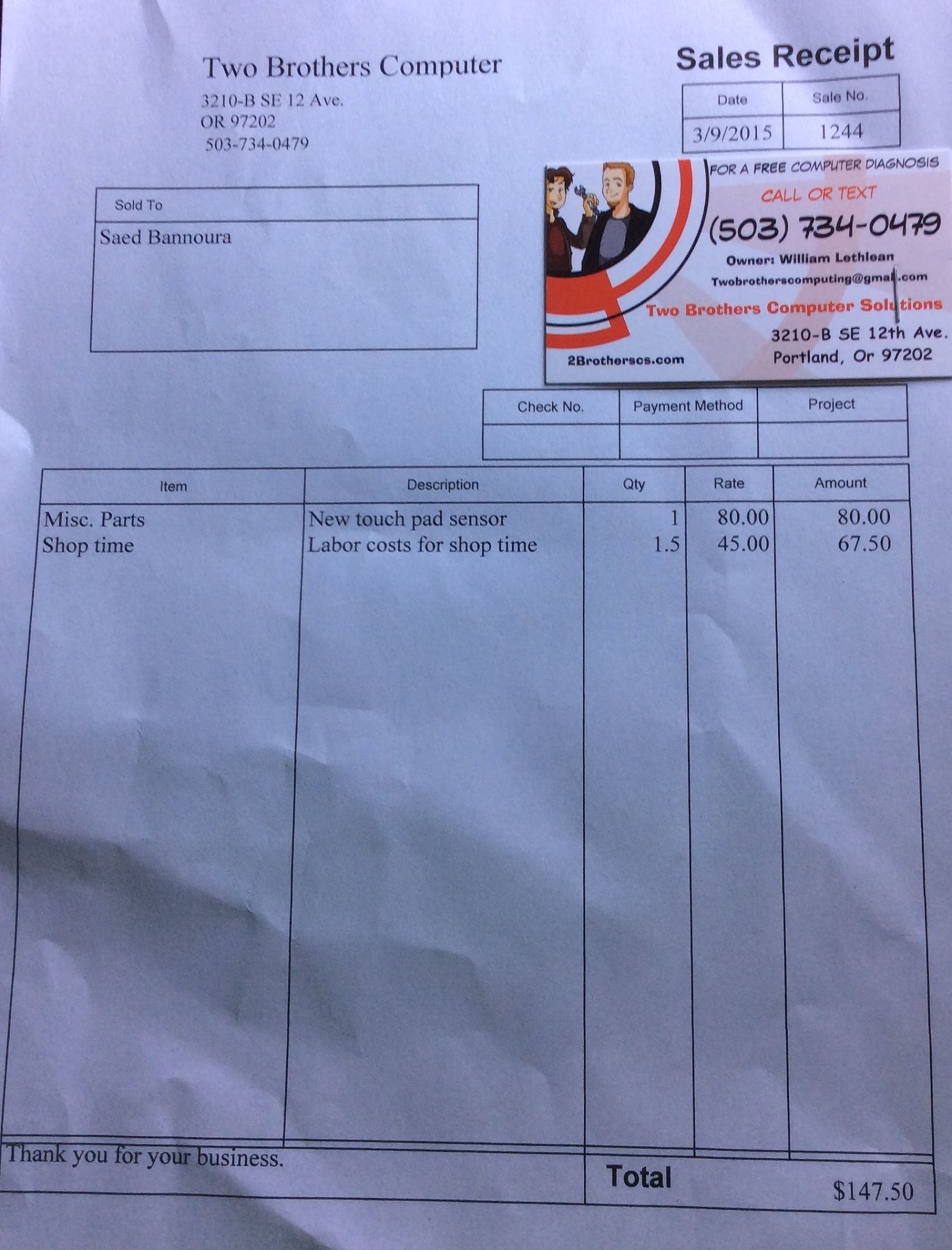