Gaza Power Plant to Close Again Due to Lack of Fuel 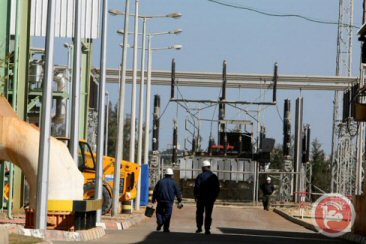 The Gazan energy authority has announced that Gaza’s sole power plant will stopping running again on Saturday due to fuel shortages.In a statement issued on Friday the authority blamed the Palestinian petroleum authority in Ramallah for reducing the plant’s fuel share.

According to Ma’an, the statement accused the General Petroleum Corporation of preventing the delivery of petrol to Gaza on unreasonable pretexts, ignoring all national and humanitarian considerations, and ‘deplorably blackmailing’ the Gaza Strip.

The statement said that they had only been able to purchase enough fuel from local suppliers to keep the plant running for one more day.

The plant was shut down for a month earlier this year after the Gazan energy authority was unable to afford the taxes demanded by the PA for importing fuel into besieged Gaza.

In December last year, Qatar had paid $10 million to the Palestinian Authority to cover the tax, effectively exempting the Gazan authorities from paying it, but by March that money dried up.

In early April, the Palestinian petroleum authority resumed fuel supplies, although relations with the Gazan energy authority have continued to deteriorate.

The plant requires 550,000 liters of fuel per day to produce at capacity, the energy authority says, although it has rarely been able to reach that amount, mostly due to the Israeli blockade which has limited fuel imports since 2007.

Last summer the plant was targeted during the 50-day Israeli offensive on Gaza, completely knocking it out of commission. The Gaza power authority said at the time that the damages from the attack could take up to a year to fix completely.

Both Israel and Egypt also feed electricity into Gaza, but the extent of this supply is limited as part of the blockade.

Many individual homes have their own generators, and households can purchase, expensively, fuel that comes into Gaza for private consumption.