Rivlin: BDS and FIFA a ‘Strategic Threat’ to Israel 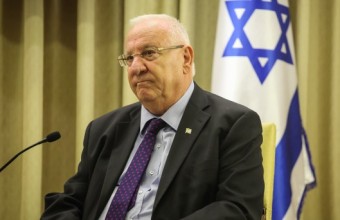 Israeli president Reuven Rivlin , this week, warned that the Palestinian push towards Boycott, Divestment and sanctions against Israel, in international universities, and Footbal Fédération Internationale de Football Association (FIFA) was a strategic threat to Israel.According to the PNN, Rivlin told members of University councils that the ongoing international BDS campaigns, whether academic, political, sports or cultural, were a major threat to Israel.

The council also expressed worries about the academic boycott of Israel, which affects the Israeli academic research in several fields.

In its periodic report on the boycott against Israeli products for April, the national office for defense of land said that the circle of BDS was growing worldwide, and that people in different fields including cultural, academic, economic, sport and military fields, were demanding Israel be held accountable for its crimes against Palestine.

See also: Israel 2015: A Government of Extremists in Charge of An Out-of-Control Military