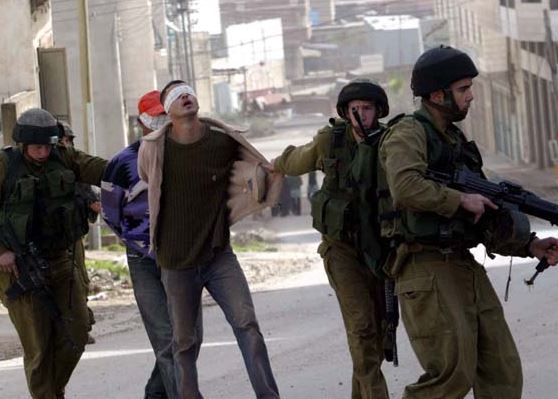 Israeli soldiers kidnapped, on Monday at dawn, nine Palestinians in different parts of the occupied West Bank, including Jerusalem, and handed a family near Jenin an order to demolish their artesian well. One Palestinian was kidnapped on Sunday evening.Media sources in Bethlehem said several army vehicles invaded Husan town, west of the city, broke into and violently searched several homes and kidnapped three Palestinians.

One Palestinian, identified as Sameh Othman Ramadan, from Tal village near Nablus, was kidnapped on Sunday evening on a military roadblock near the village.

In addition, soldiers invaded the Dahia area, in Nablus city, and kidnapped a Palestinian journalist, identified as Ahmad al-Beetawi, 33, after storming his home and searching it.

Also on Monday at dawn, soldiers invaded the northern West Bank city of Jenin, and the Jaba’ nearby town, and kidnapped two Palestinians.

Resident Ghassan al-Atrash, 40 years of age, was kidnapped from his home in the Eastern Neighborhood in Jenin.

The soldiers also invaded and searched the homes of his brothers ‘Ala, Husam and Adnan, in addition to their father’s home.

The soldiers also invaded Ta’nak village, west of Jenin, and handed resident Suleiman Suleiman a military warrant, ordering him to demolish his artesian well, under the pretext of lacking the needed permits.

The soldiers also clashed with local youths, and fired scores of gas bombs and rounds of live ammunition, causing many residents to suffer the effects of tear gas inhalation.

Two more Palestinians were kidnapped from their homes in Silwan town, south of the Al-Aqsa Mosque in occupied East Jerusalem, after the soldiers searched their homes and many other homes in the town.

The two have been identified as Khalil Odeh and Amer al-Abbassi; they were moved to an interrogation facility in the city.

On Monday morning, soldiers installed a roadblock on the main entrance of Beit Ummar town, north of Hebron, and detained several Palestinians while investigating their ID cards and interrogating them.