“160 Files On Israeli Settlements To Be Submitted To ICC,’ Expert Says 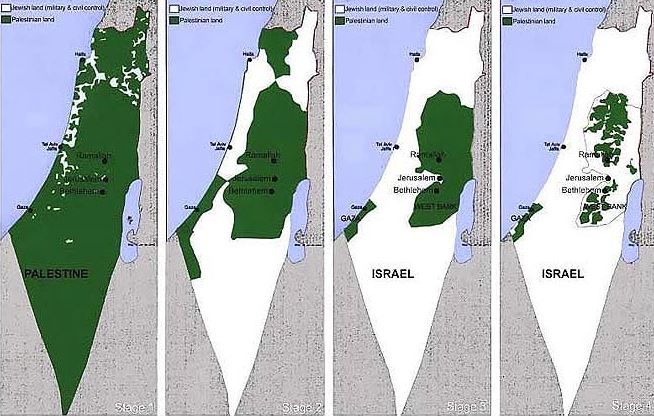 Khalil Tafakji, a Palestinian expert in Maps and the head of the ‘ and Geographic Information Systems Department’ of the Arab Studies Center in Jerusalem, said the Palestinian Authority intends to submit 160 files to the International Criminal Court (ICC), documenting Israel’s illegal settlement activities.Tafakji said the files will be submitted to the ICC during this month, June 2015; his statements came during an interview with the al-Ghad Jordanian paper, in which he said that the documents would include attached maps, and aerial photographs.

The pictures, although taken in 1997, document the structures of 145 illegal Israeli settlements in the West Bank, and 15 in occupied Jerusalem, while the maps and data regarding those settlements is current.

Tafakji stated that the settlements house more than 500.000 Israeli settlers, including around 200.000 in occupied Jerusalem, living in colonies built on Palestinian lands that would be part of the anticipated Palestinian State.

He added that technical experts are working alongside International Law specialists, in order to gather all needed information, maps, photos and data regarding Israel’s ongoing illegal settlement construction and expansion activities.

He also said that aerial photographs provided a clear idea of sizes of the settlements when they were constructed, the current areas they occupy and the number of settlers living there.

The official stated that Israel uses different claims and “justifications” to illegally confiscate Palestinian lands, including declaring them as “natural reserves,” “green areas,” or the lands classified either as “State Property,’ or as “Closed Military Zones.”

The files and documentations were prepared and collected by the Higher National Committee, which was recently formed, under direct orders from President Mahmoud Abbas.

The Committee includes eleven International Law experts from various countries, who are reportedly preparing to submit the files of Israeli settlements, and its wars on Gaza, to the International Criminal Court (ICC).

Member of the Executive Committee of the Palestine Liberation Organization (PLO), Wasel Abu Yousef, said the committee has finalized the two files, and is currently coordinating the moves for submitting it through its team of lawyers within two weeks.

Abu Yousef added that the Palestinians strongly believe heading to the ICC to sue Israel for its crimes, and repeated aggressions on Gaza, is a justified cause aiming at holding Israel accountable for its ongoing, and escalating, violations of International Law and all related United Nations and Security Council resolutions.