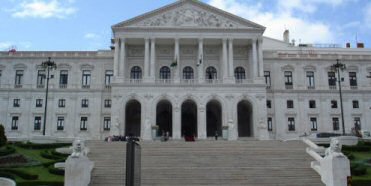 The delegate of the Palestinian-Portuguese parliamentary friendship committee in the Legislative Council ended his visit to Lisbon, the capital of Portugal. According to the PNN, the committee was convened in the framework of strengthening the parliamentary relations between the two countries and the redefining of the Portuguese commitment to the Palestinian cause, and was held by invitation from the chairman of the committee on Palestinian-Portuguese friendship in the Portuguese National Assembly (PNA), Bruno Dias.

The Palestinian delegation, headed by Basem al-Salahi and including Saher al-Quwasmi, met with a number of Portuguese parliamentary officials headed by the presidential representative Mr Miranda Kalia, who reaffirmed Portugal’s support for the Palestinian people and its advocacy for their rights. Mr Kalia expressed his honour in announcing the PNA’s resolution, issued at the end of last year and approved by the overwhelming majority of its members and in agreement with most Portuguese political currents, to recognize the state of Palestine. He called for the Portuguese government to speed up the process of officially recognizing the Palestinian state along the ’67 borders and with East Jerusalem as its capital, according to the UN Resolutions.

For his part, al-Salahi offered his thanks to the Portuguese government, parliament and people for this historical resolution, and called on Portugal to translate this resolution into an actual recognition following the Swedish and Vatican examples. He said that this would strengthen the peace process in the region and nourish a two-state solution, which Israel rejects as seen in statements made and positions held by its political leaders. This rejection clearly emerged during the recent Knesset elections. He also expressed his thanks to the PNA for its special support for the cause of the detained ministers from the Legislative Council, when the PNA voted to demand the immediate release of Khaled Jerar and Palestinian detainees in the Israeli occupation prisons. Al-Salahi also pointed to the recent unjust decision to sentence the minister Dr. Aziz al-Dweik to one year in prison.

The delegation attended a committee on Foreign Relations in the PNA, the president of which, Sergio Banto, affirmed that Israel was increasing its isolation through its racist practices and policies as an apartheid system resembling the apartheid state in South Africa. He indicated the need for an honest reflection from the international community concerning its responsibilities towards the Palestinian people, the need to end the occupation and the restoration of the right to self-determination.

The delegation met a number of institutional representatives from the civil Portuguese society supporting the Palestinian cause, and reviewed their activities in the boycott against Israel and the raising of support for Palestine. Saher al-Qawasmi expressed her thanks to these organisations and pointed out that the role of the civil community was no less important than that of the government. She said that history could not go on without the demise of the occupation, and that Palestinians looked forward to the support of the international community and to live in peace and security with the people of the world.