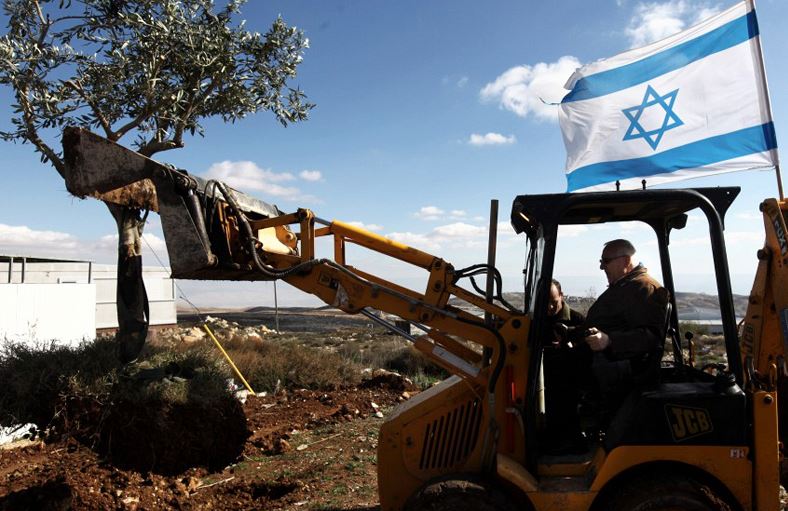 Bashar Qaryouti, Coordinator of Popular Committee against the Wall and Settlements in Qaryout village, south of the northern West Bank city of Nablus, said Israeli extremists bulldozed and uprooted, on Tuesday morning, Palestinian lands in preparation to pave a road linking between two illegal colonies, built on the villager’s lands.Qaryouti said the planned illegal road is meant to link between Shilo and Eleya colonies, built on privately owned Palestinian lands.

He added that the new Israeli plan would lead to further illegal annexation of Palestinian lands, and to destroying the southern road of the village.

Qaryouti said the village’s size with its lands used to be 22.000 Dunams; all but 366 Dunams have been illegally annexed by Israel to the construction and expansion of settlements, and for military usage, the WAFA New Agency has reported.

He also stated that the villagers managed to obtain a ruling from the Israeli Supreme Court denying the settlers access to the bulldozed area, as it contained an archaeological site, but they violated the order.

In addition, Ghassan Daghlas, in charge of the Israeli Settlements File in the Palestinian Authority, in the northern part of the West Bank, has reported that Israeli bulldozers also uprooted Palestinian lands, close to Road #60, linking between Nablus and Ramallah.

Daghlas stated that Israel is apparently planning to illegally confiscate dozens of Dunams of Palestinian lands to link the two above-mentioned colonies.