Another Rocket Reportedly Fired into Southern Israel from Gaza 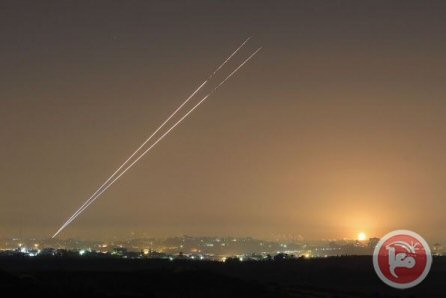 A rocket was fired from the Gaza Strip into Israel Saturday, falling in an open space in Ashkelon, the Israeli army said.Rocket-warning sirens were sounded across the Ashkelon region, including in communities and Kibbutzes to Ashkelon’s south.

The incident, Ma’an reports, comes less than a week after two rockets were fired from the southern Gaza Strip into Israel on Wednesday, with no injuries or damage reported.

Israel retaliated on Thursday with airstrikes targeting three training bases of the al-Qassam brigades, the military wing of Hamas, in Gaza City and a fourth in the southern city of Khan Younis.

UNRWA and rights groups have warned that the ongoing Israeli blockade is hampering the ability of Gaza’s 1.8 million residents to rebuild and recover from last summer’s war — the third in six years — and is resulting in growing unrest.

The airstrikes came as Israeli forces continue near-daily incursions into the Gaza Strip.