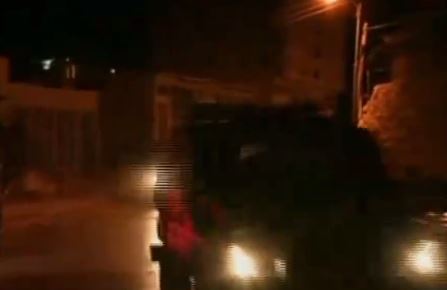 Israeli military vehicles invaded, on Thursday at dawn, the villages of ‘Anin and Kafrit, in the northern West Bank district of Jenin, stormed and searched a few homes, and clashes with local youths, causing several injuries.Local sources in ‘Anin village said the soldiers broke into and searched several homes, and interrogated the families. Owners of two of the invaded homes have been identified as Radhi Khaddour, his brother Mohammad, in addition to ‘Awad Melhem and his brother Mohammad.

The soldiers also searched abandoned old homes, located next to the Annexation Wall, which was built on the villagers’ lands.

In addition, soldiers invaded Kafrit village, and clashes with local youths before firing several gas bombs, causing many to suffer the effects of tear gas inhalation.

Three of the wounded are children identified as Karam Eghbariyya, Mohammad Sabri Eghbariyya and his brother, As’ad.