ICC to Begin Investigation on Israeli Crimes in Gaza 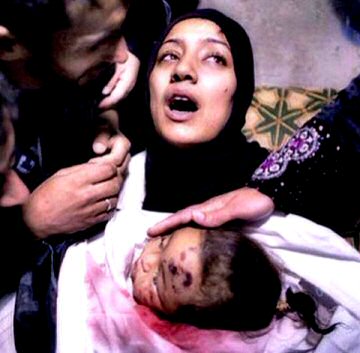 The Hague-based International Criminal Court will send inspectors to arrive in Israel on June 27, as part of probe into suspected “war crimes” during last summer’s war in Gaza, Haaretz website reported Wednesday.The move, according to the PNN, comes two days after Palestine’s Foreign Minister, Riyad al-Maliki said that the Palestinian Authority was planning to file two war crimes complaints against Israel, in the ICC, on June 25.

The two files are over Israel’s illegal settlement activities in the occupied West Bank, in addition to its latest devastating attack on the besieged coastal enclave.

Palestine formally joined the ICC on April 1, as a move that could open the door to the possible prosecution of Israel for alleged war crimes.

The report cited an unnamed legal expert as saying the acceleration of the procedure means the investigation is being “taken seriously” by the international legal body, said i24 news.

Despite the fire truce between Hamas and Israel, Israel has repeatedly opened fire on Gaza fishermen and entered the strip with tanks, violating the agreement.