Israel Exonerates Itself Over Gaza Beach Killings of Four Children 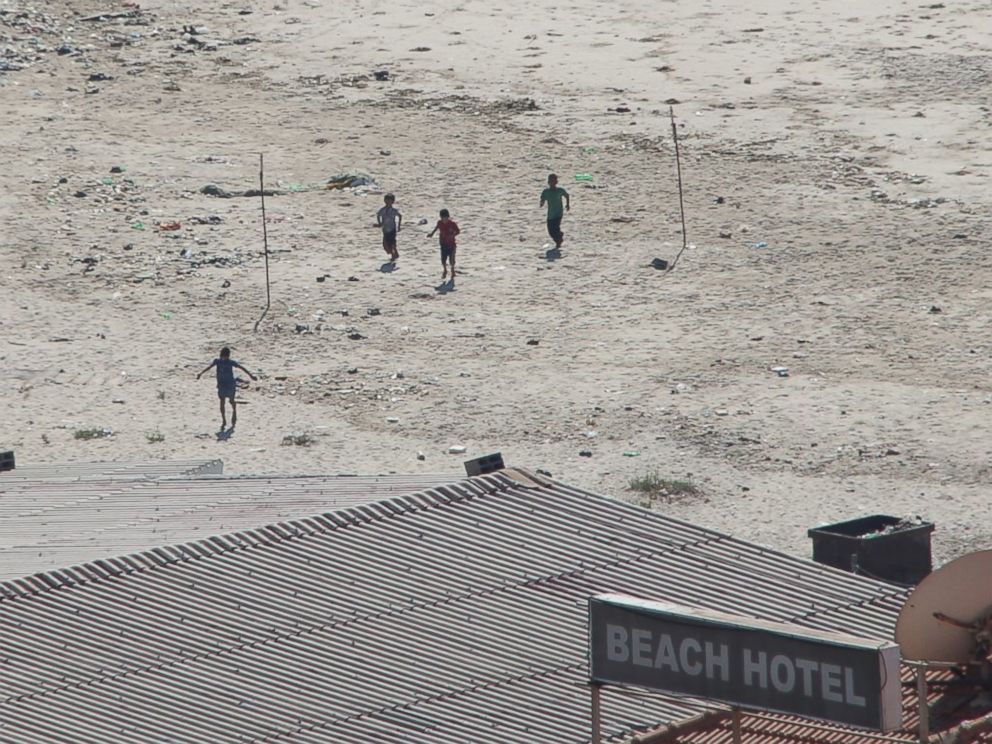 Israel’s internal probe has concluded that the missile attack that killed four Palestinians children on a beach in Gaza last summer was the result of collateral damage.The Israeli military has cleared itself from all responsibility in the deaths of the four Bakr cousins who were killed last summer on a beach in Gaza. The children: Ismail, Ahed, Zakaria, and Mohammed aged between nine and eleven. The boys had been playing on the beach when an Israeli fired missile killed the boys and injured several others.

The results of the Israeli investigation which exonerated Israel of culpability for the children’s deaths was released late Thursday night by Israeli military spokesman, Lt. Col. Peter Lerner. The internal report noted that the Israeli strike targeted what Israel claims was a weapons compound which Israel alleges was being used by Hama’s Naval Police and the report asserts that the compound housed numerous commandos.

Israel’s report contradicts international journalists accounts who witnessed the incident from the ground,

International journalist, Jonathan Miller, of Britain’s Channel 4 News, along with NBC;s correspondent Ayman Mohyeldin, and Peter Beaumont of The Guardian each witnessed the missile strike first hand. A New York Time photojournalist, Tyler Hicks, was on the scene and captured images of the boys playing on the beach followed by the missile strike which killed them. Each of the journalists reported that the Israeli strike came from an Israeli naval vessel in the Mediterranean, contrary to the new Israeli internal report which alleges the attack was from the air.

The international journalists reported that they ran to the beach following the Israeli attack but were too late to save any of the children who died at the scene,

Jonathan Miller of Channel 4 tweeted at the time: ‘Three shells hit fishermen’s beach just next to hotels,’ This further contradicts the Israeli report which claims a single missile was fired at what the report calls a ‘Hamas compound.’ Miller later tweeted: ‘Children wounded by shrapnel treated by foreign journalists on terrace of al-Deira hotel #Gaza.’

NBC’s man on the ground in Gaza tweeted: ‘4 Palestinian kids killed in a single Israeli airstrike. Minutes before they were killed by our hotel, I was kicking a ball with them #gaza.’

Ayman Mohyeldin said during his report on NBC Nightly News from Gaza, on July 16, 2014, that the deaths of the four children illustrated that the warnings Israel boasts before attacks on Gaza which were supposed to urge civilians to evacuate prior to a strike were ineffective. The warnings Israel allegedly gave civilians came less than one minute prior to the bombings giving civilians no time to evacuate. In addition, these warnings did not come with a notice of where the missile would strike or where to evacuate to.

Contrary to Israel’s internal report on the killing of the four cousins in which the report claimed the target was a Hamas weapons cache, journalists reported that they only saw a small fisherman’s hut containing a few fishing tools where the children had been playing hide-and-seek. All of the international journalists who reported the deaths of the cousins stated that the fishing shack was within view of the hotels they were staying and they never witnessed any militants in the area of weapon storage facilities.

The children killed while playing on the beach that day were Mohammed Bakr, 11, Ahed Bakr and Zakariya Bakr, both aged 10, and the youngest, Ismail Bakr, nine. The Bakr cousins were killed when they were hit by three explosive rounds. Three died as they were fleeing the beach after the first child was killed.

The conclusion of Israel’s internal investigation exonerating it for the death of the four Bakr boys comes as it is under a preliminary investigation by the International Criminal Court (ICC) to determine whether war crimes were committed by the Jewish State during its bloody attack on Gaza in the summer of 2014.

According to the United Nations, 2, 200 Palestinians were killed in the bloody 50-day offensive on Gaza. The UN reports that of those killed, 1,492 were civilians. Of the total dead, nearly 600 were children.

The internal Israeli report which absolved Israel of the deaths of the Bakr children never speaks to why Israeli military personnel who fired on the beach in Gaza failed to identify that children were playing on the beach at the time of the attack.