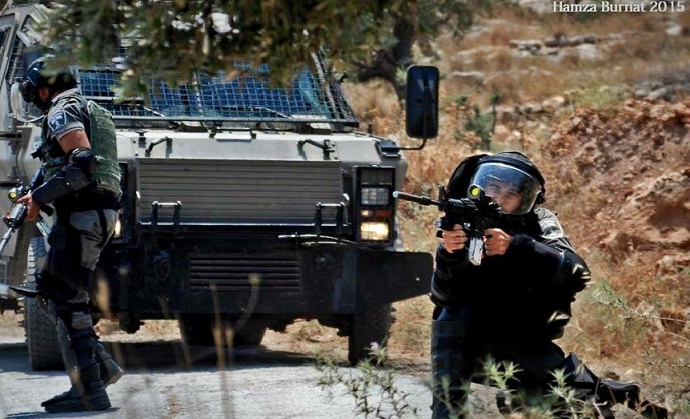 Several homes were also invaded and searched, in Jenin city, after a number of Israeli military vehicles invaded it.

In addition, soldiers stormed homes in Silwad town, east of the central West Bank city of Ramallah, and kidnapped three Palestinians, including a child, after searching their homes.

The kidnapped have been identified as Abdul-Rahman Jibreel Hammad, 15, Emad Issa Hammad, 18, and Motea’ Dahes Hammad, 19.

The families of the kidnapped Palestinians said the soldiers also took pictures of their properties.

The mother of Motea’ Hammad said she has another son, who is currently serving a 12-year term in an Israeli detention center, while nearly two months ago, the soldiers detained Motea’, and interrogated him.

In Jerusalem, soldiers invaded the al-‘Ezariyya town, southeast of the city, and kidnapped a young man, identified as Mohammad Nidal Abu Roomy, after searching his home.

The Popular Committee against the Wall and Settlements, in Bil’in, said dozens of soldiers invaded the village, and fired gas bombs and concussion grenades during clashes with local youths.

On Tuesday at night, one Palestinian from the ‘Askar refugee camp, and another in Beta nearby town, in the northern West Bank city of Nablus. http://www.imemc.org/article/71969