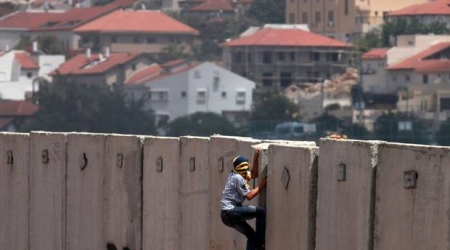 Many critics say that the law essentially makes marriage between Israelis and Palestinians impossible, as the couple would have to live in different countries that are very difficult to pass between.

It was further explained that the law was first introduced as what was referred to as a ‘temporary security measure’ which would only last for a year, while aiming to prevent ‘potential terrorists’ coming into Israel through marriage.

However, the law has been renewed every year, with the most recent extension being voted for by 57 Members of the Knesset (MKs), Monday, with 20 votes against and five abstentions.

However, the process by which the law will be renewed in the future has been changed. Previously, it has been voted on in the Knesset like any other piece of legislation.

Now, a hearing authorized by the Foreign Affairs and Military Committee and the Internal Affairs and Environment Committee will take place before the law will be extended. The law will be discussed in further depth before it reaches the Knesset for a vote.