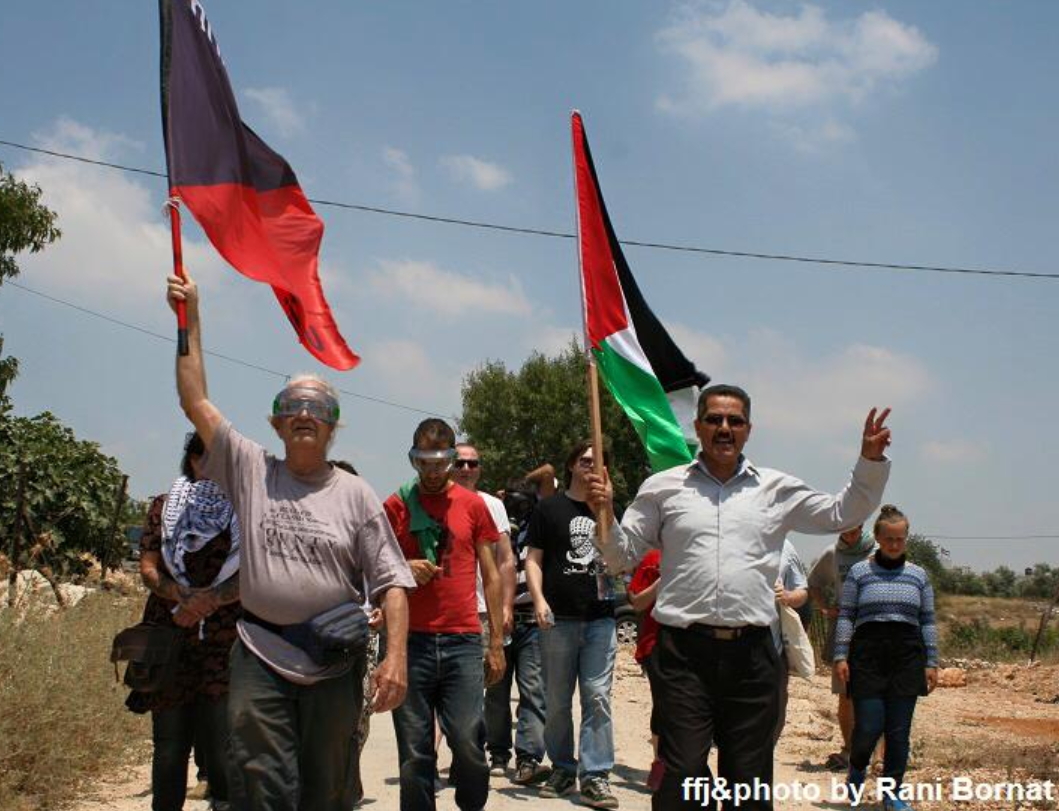 Israeli soldiers attacked, Friday, the weekly nonviolent protest against the Wall and Settlements, in Bil’in village, near the central West Bank city of Ramallah, causing many to suffer the effects of tear gas inhalation.This week’s protest comes in solidarity with all detainees, especially those holding open-ended hunger strikes, demanding an end to their illegal Administrative Detention without charges or trial.

The Popular Struggle Coordination Committee has reported that hundreds of Palestinians, Israeli and international peace activists participated in the protest, that started after Friday noon prayers.

The protesters marched towards the Annexation Wall, carrying Palestinian flags, and chanting for the release of all Palestinian political prisoners, and the destruction of the Wall.

Many soldiers were already deployed on a nearby hill, started firing gas bombs, concussion grenades and rubber-coated metal bullets.

Scores of protesters suffered the effects of tear gas inhalation, while fires broke out in olive orchards due to extensive Israeli army fire. 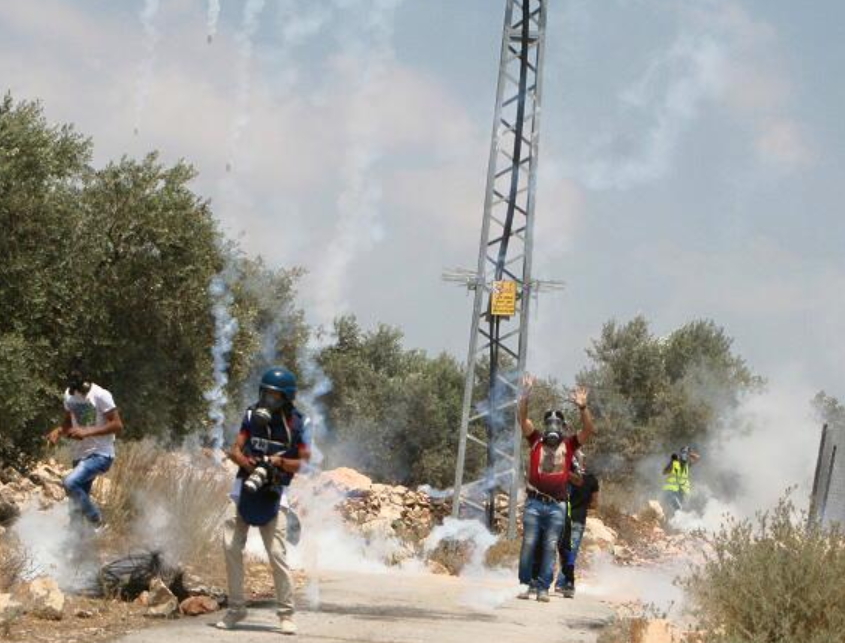 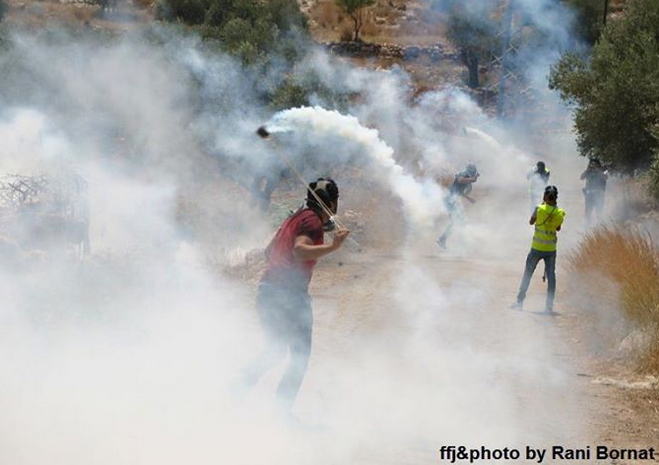