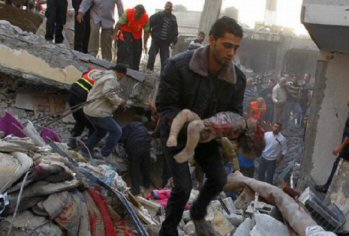 The Israeli government removed, on Tuesday, Israeli human rights group B’Tselem from its service programme after contributing to the UN Gaza inquiry.B’Tselem was one of ten human rights groups which wrote to the Israeli Attorney General last July to raise “concerns about grave Israeli violations of international humanitarian law” in the bombing and shelling of residential buildings in the Gaza Strip.

The decision by Israeli authorities to ban B’Tselem from the national service programme was made because the organisation was among the sources for the UN inquiry’s data regarding the offensive on Gaza.

Uri Ariel, minister responsible for the National Insurance Institute, which supervises the scheme, said Tuesday that he had given the warning that volunteering with groups seen as hostile to the Isralei state would no longer be recognised as national service.

“Is the state of Israel supposed to finance those who work against it… against its soldiers? There is a limit,” he told Israeli public radio.