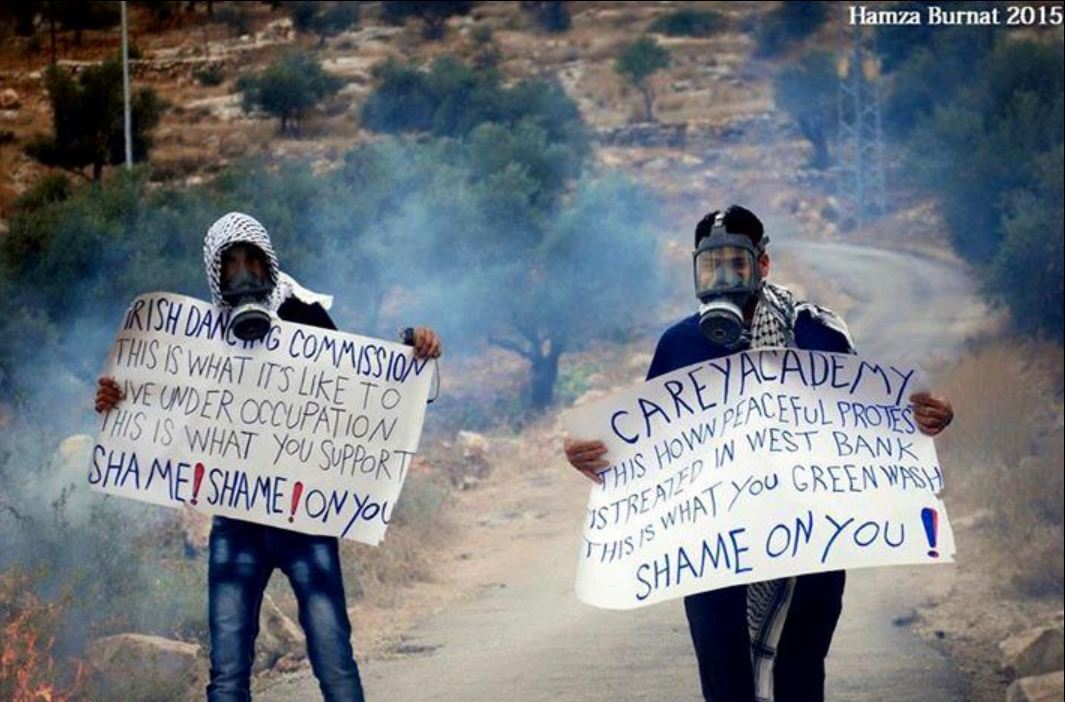 Israeli soldiers fired, Friday, gas bombs at Palestinian and international peace activists, during the weekly nonviolent protest against the Annexation Wall and Settlements, in Bil’in village, near the central West Bank city of Ramallah, causing dozens to suffer the effects of gas inhalation.
Coordinator of the Popular Committee against the Wall and Settlements in Bil’in, Abdullah Abu Rahma, said the protesters marched from the village center, carrying Palestinian flags, and posters denouncing the Israeli violations, and chanted for the release of all prisoners.

Abu Rahma added that the protesters also called for the immediate release of hunger striking detainee Khader Adnan, who is currently facing a life-threatening health condition, but ongoing with his hunger strike, demanding an end to his arbitrary Administrative Detention without charges. Adnan started his strike more than 50 days ago.

Abu Rahma also said the protesters carried posters of Emad Rezqa, a wounded Palestinian from Haifa, and posters in Hebrew, Arabic and English, calling for justice for Emad, and for prosecuting the soldier who shot him.

Rezqa was seriously shot in the head, during a nonviolent protest in Bil’in five years ago, and spent several weeks in Intensive Care.

A few days ago, an Israeli court closed the file, and acquitted the soldier who shot him despite the fact that the shooting was unprovoked.

It is worth mentioning that the protesters also carried signs denouncing the Irish Dancing Commission for its decision to participate in a competition in Tel Aviv, on August 15, 2015.

Also on Friday, soldiers attacked the weekly nonviolent protest against the Wall and Settlements, in Nabi Saleh village, near the central West Bank city of Ramallah, causing scores to suffer the effects of tear gas inhalation. http://www.imemc.org/article/72068

The soldiers also attacked the weekly protest in Kufur Qaddoum, near the northern West Bank city of Qalqilia, causing many injuries. http://www.imemc.org/article/72067 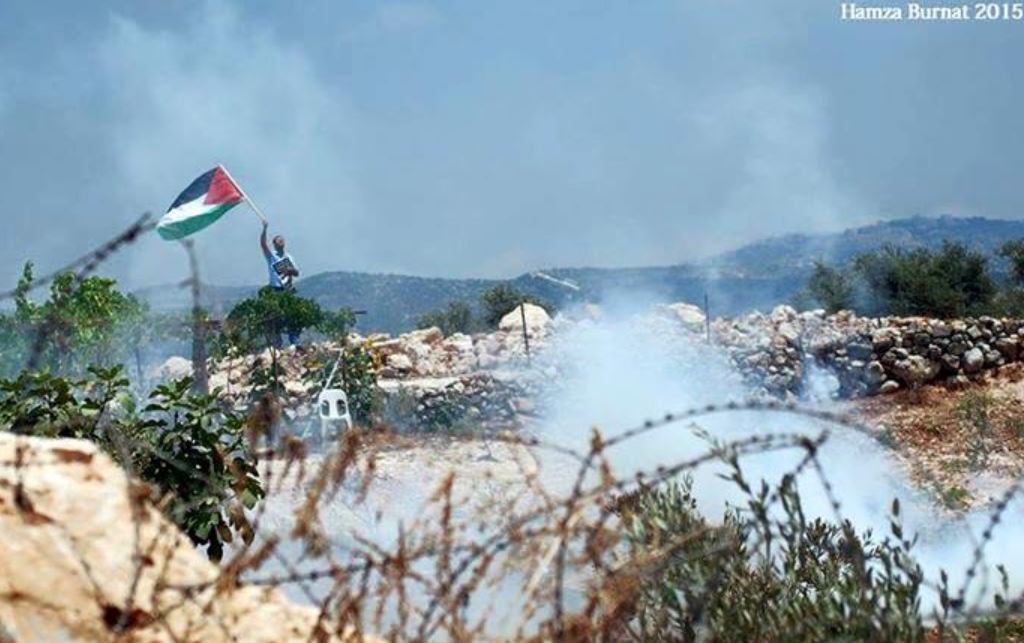 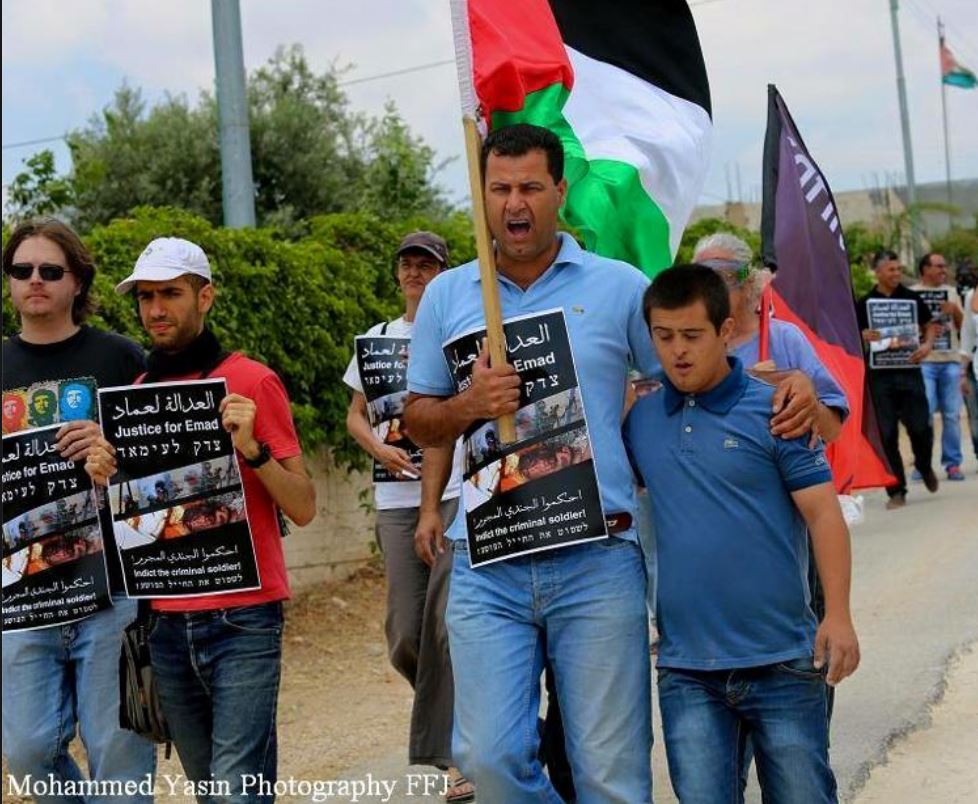 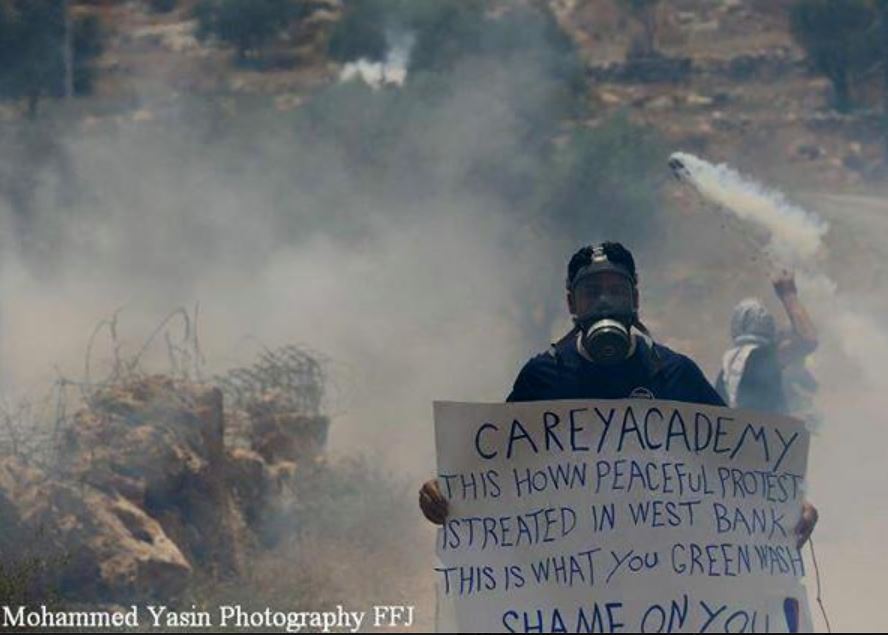 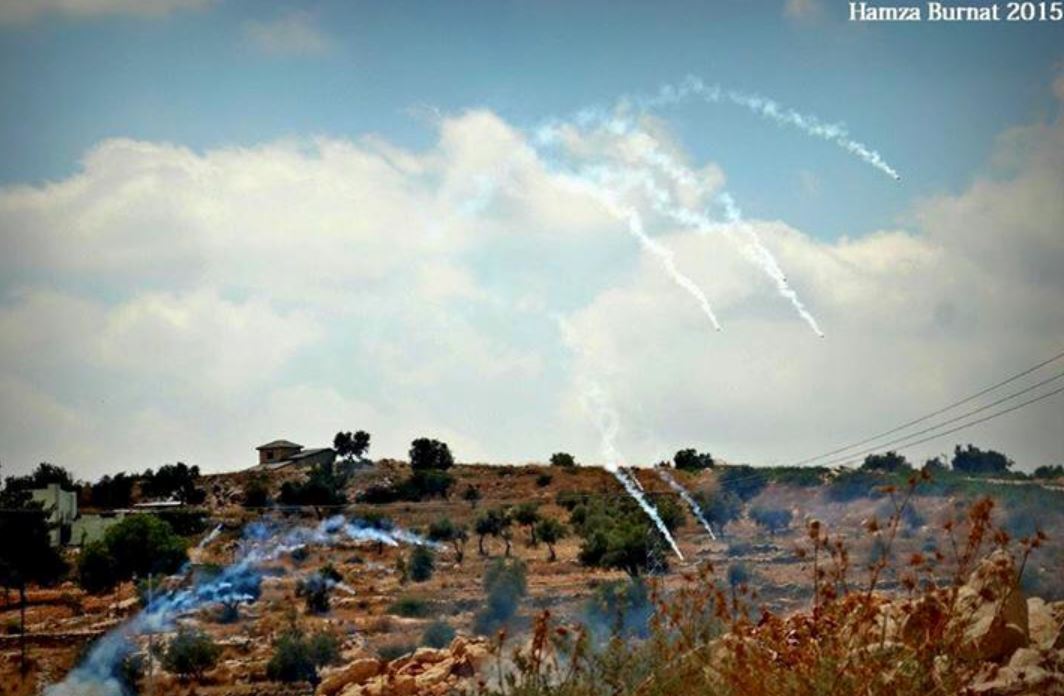