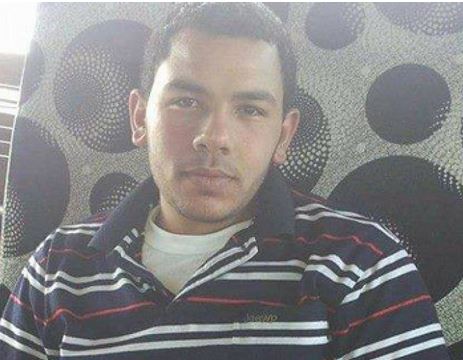 Palestinian medical sources have reported, on Friday afternoon, that a young Palestinian Taxi driver was shot and killed by Israeli army fire on the Al-Hamra Roadblock, between the West Bank districts of Jericho and Nablus. Head of the al-‘Oja Village Council, north of Jericho, Fakhri Najjoum said the soldiers shot and killed, Hammad Jom’a Romanim, 27 years of age, near the Al-Hamra roadblock in the West Bank Plains.

Najjoum said the slain Palestinian is a Taxi driver who was heading to the northern West Bank city of Nablus.

He added that the soldiers also invaded al-‘Oja, before breaking into the home of the slain Palestinian, and violently searching it.

The invasion led to clashes between the soldiers and local youths who hurled stones on them; the soldiers fired gas bombs and rounds of live ammunition.

One Palestinian was shot with a live round, while scores suffered the effects of tear gas inhalation, including the mother and grandmother of the slain young man.

The Israeli army claimed the Palestinian Taxi driver opened fire on the soldiers, and that the army fired back seriously wounding him, but he later died of his wounds.

The army said no soldiers were injured, and declared the area a closed military zone.

The body of the slain Palestinian was handed to his family more than five hours after his death.

Hundreds of Palestinians marched in his funeral procession in al-‘Oja, before prayers, and during burial ceremony.