‘Juliano’ Attacked On Its Way To Break The Siege On Gaza 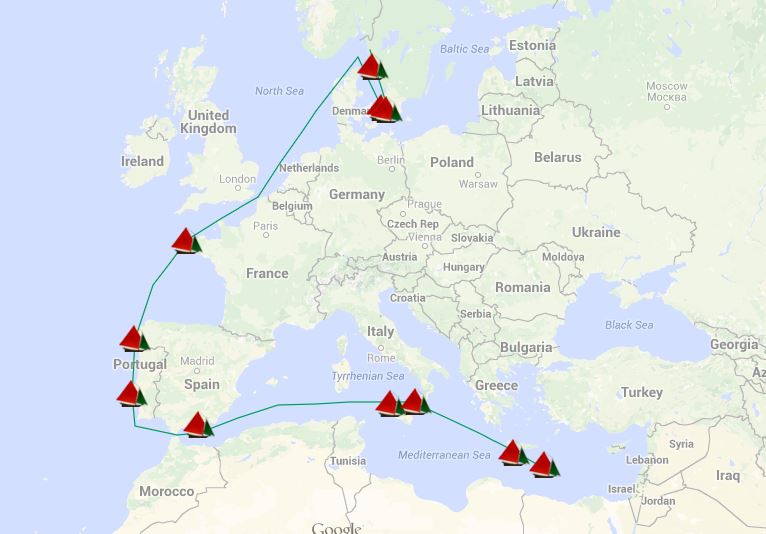 Passengers of the Freedom Flotilla III bound for Gaza have announced that one of the boats, named Juliano after the co-founder and director of The Freedom Theatre, Juliano Mer Khamis who was assassinated in 2011, has been sabotaged.Divers damaged the boat’s propellers, causing it to take in water and the boat barely made it into port in Greece before it sank. On Saturday June 27th, passengers reported that the flotilla was followed by an unidentified patrol boat and a military aircraft.

Israel has engaged in a massive campaign to prevent the flotilla from reaching Gaza, threatening the participants in a similar fashion as during earlier attempts to break the illegal siege on Gaza. In 2010, Israeli troops attacked a similar flotilla in international waters, killing ten of the activists onboard and detaining many others.

Juliano Mer Khamis oftentimes declared that he was 100% Jewish and 100% Palestinian. He spoke of the necessity of a bi-national state where true democracy and justice may rule. Juliano’s work and vision inspired many people worldwide to act for justice in Palestine. The Freedom Flotilla does the same.

The sabotage of a boat named after a freedom fighter that believed in art as the most righteous form of resistance, proves to what length Israel is willing to go to silence criticism and activism against the occupation and apartheid system.

The boat Juliano is part of an international Freedom Flotilla Coalition calling for an end to the inhuman siege on Gaza, which violates the most basic human rights of the Palestinian people.

The Flotilla comes less than a year after Israel’s brutal war against the Gaza strip in which more than 2,200 Palestinians were killed.

The Freedom Theatre welcomes the Freedom Flotilla initiative just like we welcome any other form of legitimate resistance against the Israeli oppression.

No single person, organization or movement can overcome the Israeli occupation and apartheid, but by considering us all part of a joint movement, supporting and complementing each other, we can and will succeed in bringing justice and peace to Palestine.

In just a few days the Freedom Flotilla will reach international waters outside the coast of Gaza, carrying more than 50 people from over 20 countries.

The boats are also carrying urgently needed supplies and most importantly a message of solidarity to the besieged population of Gaza.

The Freedom Theatre wishes the flotilla a safe and successful journey to Gaza! Long live the Freedom Flotilla, long live Gaza and Palestine!