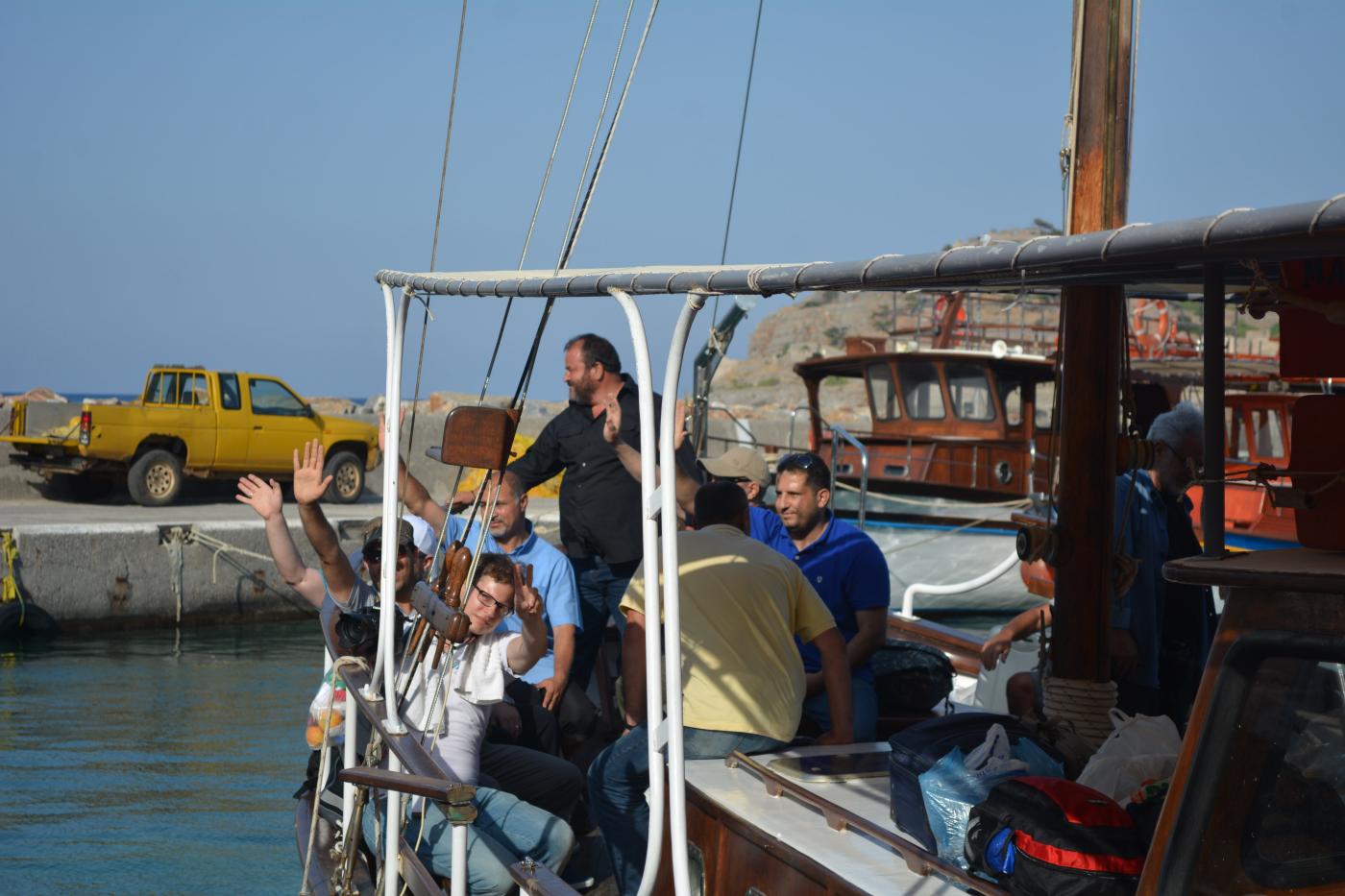 On June 26th 2015, four boats of the 2015 the Freedom Flotilla III set sail toward Gaza to try to break Israel’s nine-year-long economic siege on Gaza. The ships are planning to sail from international waters directly into Palestinian waters, with no Israeli involvement. But just hours after setting sail, the captain of one of the ships took note of a military reconnaissance plane that appeared to be tracking the ships.The captain of the lead ship, ‘The Marianne’, noticed military vessels and reconnaissance planes near Marianne on Saturday afternoon. The crew could not identify nationality for neither the vessels or the planes. The vessel and plane disappeared around 5pm, and the crew has not seen any sign of them since then.

According to a statement by the group, the Flotilla is due to reach Gaza in just a few days. Participants on board include about 50 human rights activists, journalists, artists, and political figures representing 17 countries. This is the third Freedom Flotilla, in addition to nine single boats that have undertaken to sail to Gaza, beginning in 2008 when several voyages reached Gaza City harbor and returned to Europe after their mission of bringing supplies and solidarity to the people of Gaza.

Israeli forces attacked every subsequent attempt to break the siege on Gaza by sea, seizing the humanitarian goods, medical supplies and water treatment equipment on the ships and arresting the participants. In an attack which garnered international attention, Israeli paratroopers dropped onto a Freedom Flotilla ship called the ‘Mavi Marmara’ and began shooting the passengers, killing nine.

In the current Freedom Flotilla, a converted fishing trawler, dubbed the ‘Marianne of Gothenburg’ left Sweden in May to join the flotilla and has made numerous stops along its journey around Europe. Marianne is carrying solar panels that will help alleviate the serious problem of electricity in Gaza, as well .as medical equipment. Three other sailing vessels (Rachel, Vittorio and Juliano II) are accompanying Marianne in its mission to break the blockade of Gaza, in solidarity with the 1.8 million Palestinians in Gaza. With different strategies and different itineraries, the group says they will continue to sail until the blockade is lifted and Gaza’s port is open.

Dr. Basel Ghattas, a member of the Israeli Knesset, is on board one of the ships, as well as Dr. Moncef Marzouki, former President of Tunisia, the first president after the 2011 popular uprising. Members of parliament from Spain, Jordan, Greece and Algeria are also on board, together with members of European Parliament. Ten of the current participants and crew have been on previous missions. Media outlets on board the flotilla are Al Jazeera, Euronews, Maori TV (New Zealand), Al-Quds TV, Channel 2 TV (Israel) and Russia Today TV, as well as several independent print journalists.

Over 100 European Parliamentarians have signed a letter to the EU’s High Representative, Federica Mogherini, in support of the Freedom Flotilla and calling for an end to the blockade of Gaza.