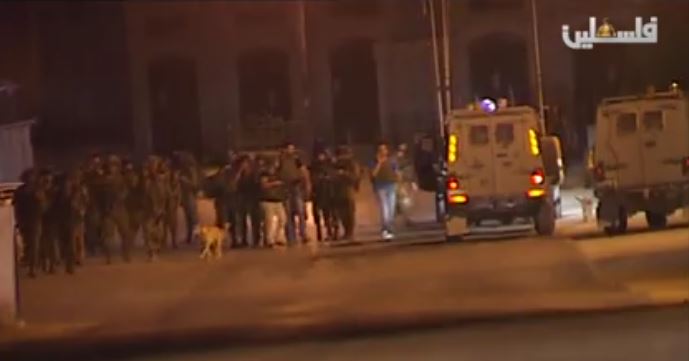 Israeli soldiers invaded, on Sunday at dawn, Beiteen and Ein Yabroud villages, near the central West Bank city of Ramallah, allegedly after shots were fired at an Israeli vehicle near the Beit El illegal settlement built on Palestinian lands belonging to al-Bireh city, and kidnapped three Palestinians.The army kidnapped the three Palestinians, and turned Beiteen village into a closed military zone, especially due to its close proximity to Beit El.

The soldiers broke into and violently searched several homes in Beiteen and Ein Yabroud villages, and interrogated the families, before kidnapping three Palestinians in Beiteen.

The two villages remained surrounded, while dozens of soldiers were still deployed in and around them, until the time of this report.

In a newsflash, Israeli Ynet News claimed the shots were fired at an Israeli ambulance, causing no injuries.