Palestinian Kidnapped Less Than 12 Hours After His Release 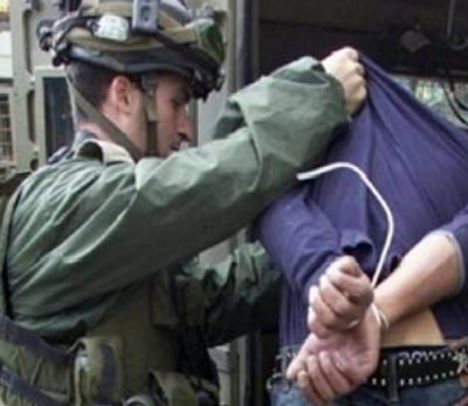 Israeli soldiers kidnapped, on Tuesday morning, a young Palestinian man in occupied East Jerusalem, less than 12 hours following his release, after he spent six and a half months in an Israeli prison for “incitement on Facebook.” Soldiers also kidnapped his father.The WAFA News Agency said the soldiers kidnapped Tareq Khaled al-Kurd, 21 years of age, and his father, after storming their home in the Sa’deyya neighborhood, in the Old City of Jerusalem.

Both Tareq and his father were moved to an interrogation center, near the Hebron Gate, and have been questioned for the public celebrations, in the Old City, that followed the son’s release.

Tareq spent six and a half months, for what the Israeli police and security devices called “incitement on his personal Facebook page.”