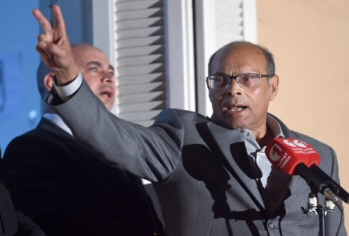 Days of Palestine reports that sixteen foreign nationals were on board along with two Israelis, Arab lawmaker Basel Ghattas and a television reporter. Gattas and the TV reporter have been released, though Ghattas could face a parliamentary hearing on whether he should face sanctions.

Israeli authorities did not investigate Al-Marzouqi, though it deported him along with the MEP Ana Miranda to France, not to their homes.

“Occupation confiscated all personal belongings of the activists on board, including mobiles and other equipment,” Ghattas said. “It did not allow any telephone call by the activists,” he added.

As soon as he arrived in Paris, Al-Marzouqi announced taking part in Freedom Flotilla IV setting off from Morocco.