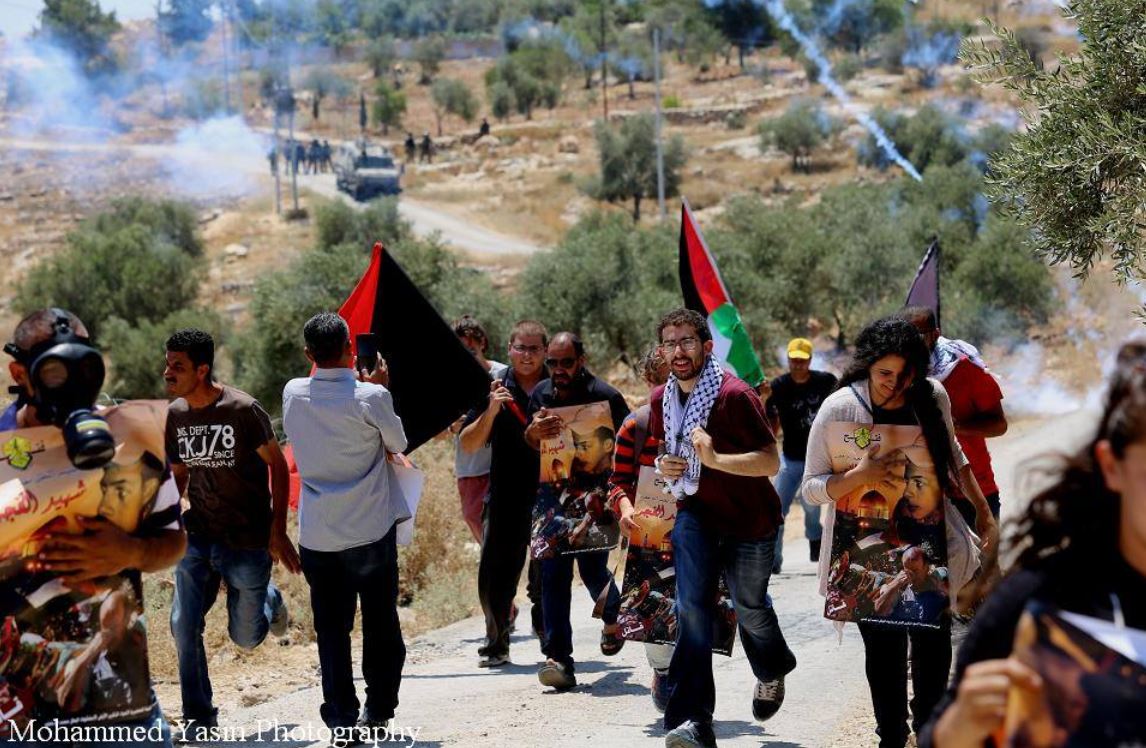 Israeli soldiers attacked, Friday, the weekly nonviolent protest against the Annexation Wall and Settlements, in Bil’in village, near the central West Bank city of Ramallah, causing dozens to suffer the effects of tear gas inhalation.The army attacked local, Israeli and international protesters, who marched against the Wall and settlements, also marking the eleventh anniversary since the International Court issued its advisory ruling deeming the Wall illegal, calling for its removal, and for compensating impacted families.

The soldiers fired rubber-coated metal bullets, gas bombs and concussion grenades, at the protesters as they approached the Wall, causing scores to suffer the effects of tear gas inhalation.

The protesters carried Palestinian flags and marched while chanting for liberation, independence, the release of all detainees, and in support of the Palestinians in the war-torn besieged Gaza Strip.

The Popular Committee Against the Wall in Bil’in said the protesters marked the first anniversary of the Israeli onslaught on the Gaza Strip, and demanded documenting all Israeli crimes and violations against the Palestinians, their homes and lands, to submit them to the International Criminal Court.