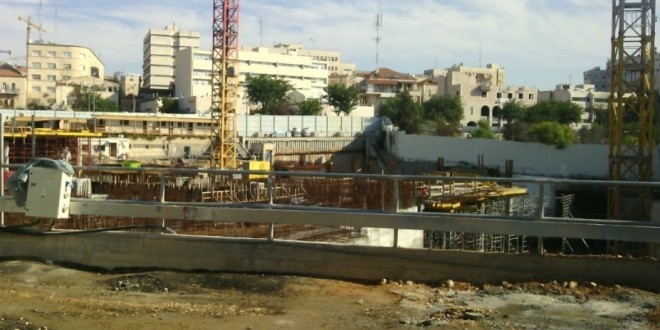 Q-Press media center for Jerusalem and al-Aqsa affairs today said that the planning and construction committee in occupied Jerusalem, last week, has approved the construction of a huge project on land for the Ma’man Allah historic Islamic cemetery, on which an Israeli school was already built. The land will also be used for settlement housing, a hotel and a shopping center. Haaretz newspaper said, according to the PNN, that Israeli occupation authorities pushed to execute the project on the land even though it is Islamic Waqf (property) that cannot be seized.

Israeli occupation is still going on with the project with complete knowledge that there are existing graves underneath the land.

The newspaper added that the Israeli plan includes building 192 settlement units, a hotel and a shopping center. The project was initiated by Eiden company, which follows the Israeli Jerusalem municipality.

To its part, Al-Aqsa foundation for Waqf and heritage said that the Israeli municipality in Jerusalem, through this project, was continuing to Judaize the Islamic cemetery, violating all the laws and conventions which ban desecrating sanctuaries under any occupation.

Israeli authorities have targeted the cemetery for years. They have established different projects including parks, hotels, schools and shopping centers on the land, violating even the rights of the dead.