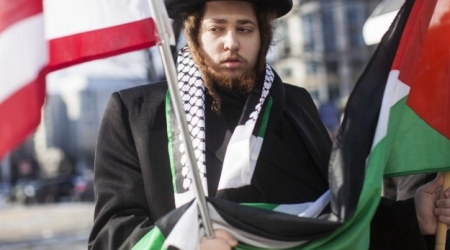 Israel’s Ministerial Committee for Legislation has passed a controversial “Jewish State’ bill that defines the country as Jewish national homeland, Israeli media reported Sunday.According to Al Ray, Likud Party deputy Benny Begin submitted an amended version of the bill for debate in the ministerial committee. The bill will be submitted to the Israeli parliament known as Knesset following its approval by the committee, the Israeli Radio said.

The bill states that Israel is the nation state of Jewish people based on the foundations of liberty, justice, and peace in light of the vision of the prophets of Israel. It ads that it will uphold equal rights for all its citizens.

An Arabic deputy in the Knesset, Usame es-Sadi, told Anadolu Agency that the approval of the bill was not weird given the presence of a rightist Israeli government which was bent upon approving all racist laws against Arabs.

‘As Arabs, we will prevent these laws which make Jews claim rights on everything and make Arabs a minority,’ es-Sadi said.