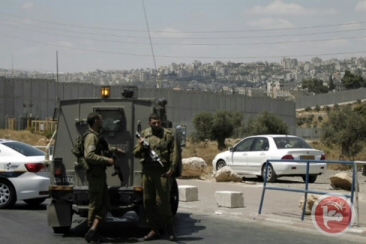 She said he sustained light injuries and had been taken to a hospital for treatment.

Israeli media reported that the Palestinian was a minor, although this was not confirmed.

There have been several attacks on Israeli military and civilians by Palestinians since the beginning of the holy month of Ramadan last month, for which Israeli forces and settlers have carried out a range of severe reprisals, including violent attacks and arrests.

On average two Israelis have been injured by Palestinians each week since the start of 2015, while an average of 38 Palestinians have received injuries weekly from Israeli forces.

The average does not include attacks by Israeli settlers on Palestinians in occupied East Jerusalem and the West Bank.

Earlier on Wednesday, Israeli forces detained five Palestinians, including a man accused of carrying out a shooting in Ramallah district last month that left one Israeli dead and another injured after the two had gone hiking near the illegal settlement of Dolev in the West Bank.