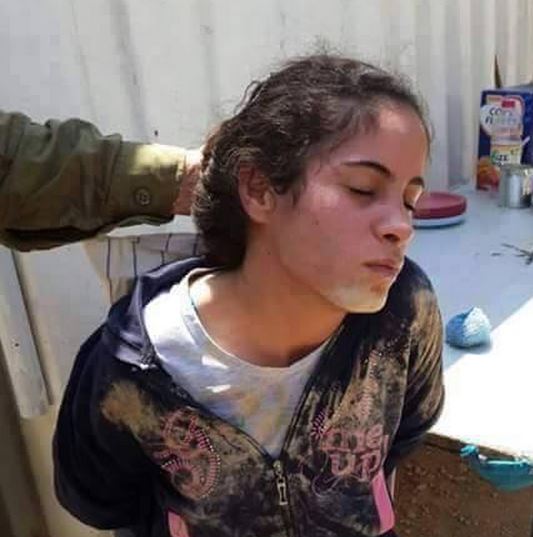 According to the Israel Security Agency (Shabak), Israeli soldiers arrested, Thursday, a Palestinian teenage girl, who allegedly stabbed a soldier, east of the Central West Bank city of Ramallah.The Shabak said Rawan Abu Matar, 17 years of age, stabbed a soldier, on Wednesday afternoon, at a military roadblock, outside of the Nahliel settlement, northwest of Ramallah.

The woman is from Beitello town, east of Ramallah; soldiers forced her onto the ground, cuffed and arrested her, before moving her to an interrogation facility.

The Shabak claimed that the woman “confessed she intended to kill a soldier,” and that she is not affiliated with any Palestinian group.

The wounded soldier, 20 years of age, was transferred to Tel HaShomer Israeli Hospital, near Tel Aviv.