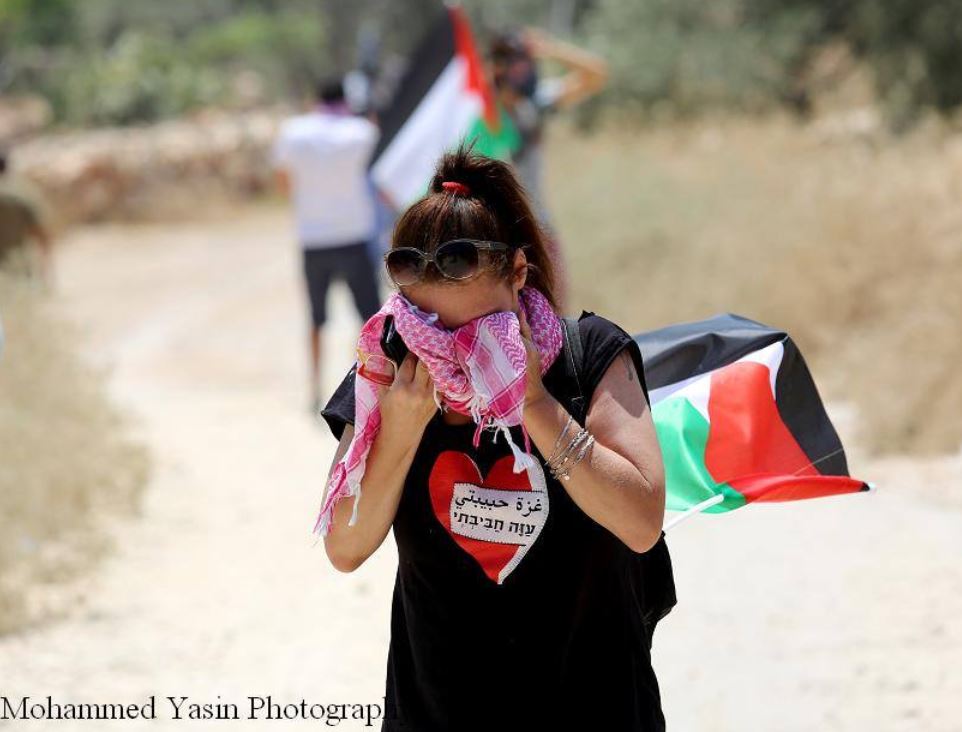 Many protesters have been injured, while orchards caught fire, on Friday, after Israeli soldiers assaulted the weekly nonviolent protest against the illegal Annexation Wall and settlements, in Bil’in village, west of the central West Bank city of Ramallah.The villagers, accompanied by Israeli and international peace activists, marched from the center of the village, chanting against the Israeli occupation and its ongoing violations against the Palestinian people and their lands.

The soldiers fired dozens of gas bombs causing many protesters to suffer the effects of tear gas inhalation.

Today marks the first day of the al-Fitr Muslim feast; the Popular Committee against the Wall and Settlements in Bil’in issued a press release stating that the Palestinians will never abandon their legitimate struggle for liberation and independence.

“Our feast is the day of our liberation,” the Committee added.

The Popular Committee also said that many trees, including olive trees, belonging to resident Mahmoud Yassin, caught fire after the soldiers fired scores of gas bombs and concussion grenades into them.