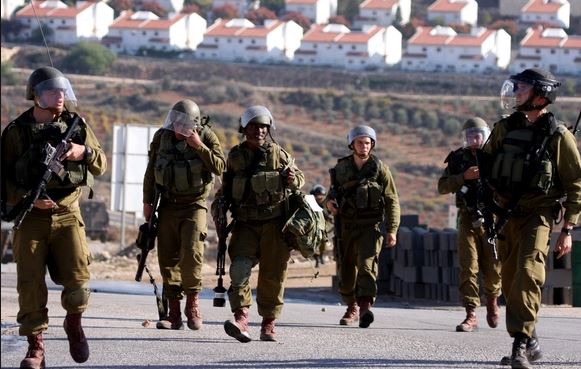 Israeli soldiers invaded, on Thursday at dawn, the al-Am’ari refugee camp, in the central West Bank district of Ramallah, and kidnapped two Palestinians following clashes that took place between the army and local youths. Soldiers also stormed homes in Husan town, west of Bethlehem, and photographed them.Several army vehicles invaded the al-Am’ari refugee camp, stormed and searched a few homes, and clashed with scores of local youths, who hurled stones and empty bottles on them.

The soldiers also kidnapped two Palestinians; one of them has been identified as Mohammad al-Qaisi, and took them to an unknown destination.

The army fired gas bombs and concussion grenades, causing a power transformer to catch fire; the transformer provides electricity to the refugee camp, in addition to Samiramis and Um ash-Sharayet areas.

Palestinian first responders, and fire trucks, rushed to the scene and extinguished the fire; serious damage was reported to a number of shops and stores in the area, while electricity technicians are still trying to restore power.