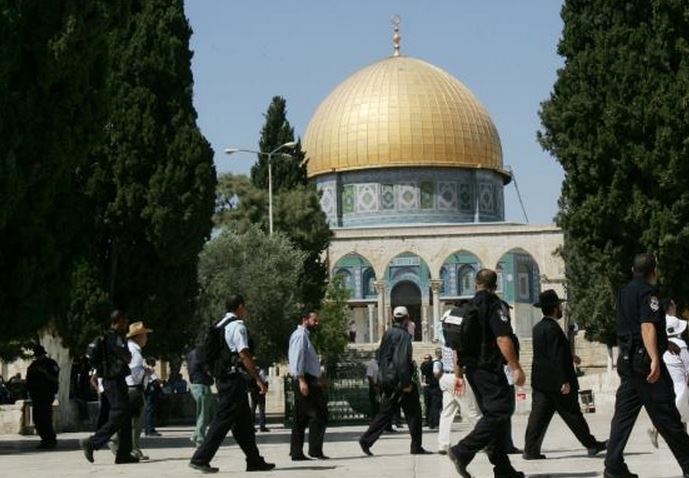 Israeli soldiers attacked, on Thursday, an elderly Palestinian man while detaining him at the Chain Gate, one of the gates of the Al-Aqsa Mosque, in occupied East Jerusalem, and released him later.Eyewitnesses said the soldiers initially thought the elderly man, identified as Kheir ash-Sheemy, previously received an order denying him access to the Al-Aqsa Mosque, and released him after realizing no such orders were issued against him.

In addition, scores of Israeli extremists stormed the courtyards of the mosque, through the al-Magharba Gate, under heavy police and army accompaniment, and conducted proactive acts targeting Muslim worshipers.

Man Shot Dead By Israeli Army in His Home While Trying To Rescue His Wounded Son
http://www.imemc.org/article/72332

Army Kidnaps Six Palestinians In Hebron, One In Tulkarem
http://www.imemc.org/article/72336