Woman Kidnapped While On Her Way To Visit Imprisoned Brother 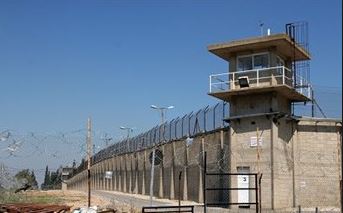 The Palestinian Prisoners Society (PPS) has reported, Thursday, that a woman was kidnapped while on her way to visit her imprisoned brother, held by Israel since 2002, and is serving a life term.The PPS said Hanan Sadeq al-Akhdar, 51 years of age, was moved into solitary confinement in the Police Station in Be’er as-Sabe’ (Beersheba). She is from the southern West Bank city of Hebron.

Head of the PPS Hebron office Amjad Najjar said the detained woman suffers various health issues, and that her abduction is part of Israel’s ongoing policies and violations against the detainees, and their families.

Her son, Emad Nairoukh, was taken prisoner in 2002, and is serving a life term; he is currently held in the Ramon Israeli prison.

In addition, the Central Court in Nazareth sentenced a Palestinian woman from Jenin to three days under house arrest, in addition to a 5000 New Israeli Shekels fine, and a 10.000 NIS third party bail.

The Palestinian Prisoners Society has reported that Amina ‘Amoudi, 68, was kidnapped on July 21, while visiting her detained son in the Gilboa’ Israeli prison.

Her son, Mohammad, was taken prisoner in 2006, and was sentenced to twelve life terms.