Five, Including Two Children, Kidnapped In Qalqilia, Nablus and Jerusalem 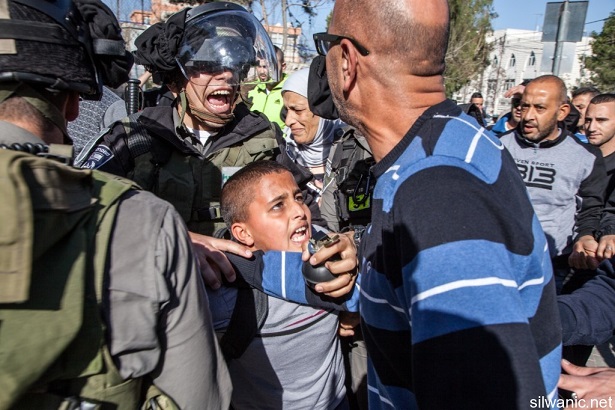 The Palestinian Prisoners Society (PPS) said that Israeli soldiers have kidnapped, Thursday, three Palestinians from the northern West Bank districts of Qalqilia and Nablus. Two children have also been kidnapped in occupied Jerusalem.The PPS said one of the kidnapped Palestinians, identified as Ameed Nasser Shalabi, from Nablus, was taken prisoner as he was trying to cross the al-Karama Crossing on his way to Jordan, for medical treatment abroad.

Shalabi is a former political prisoner who was held for three and a half years, before he was released under the Shalit Prisoners Swap agreement in 2011.

Amin is the son of detainee Jamal Hindi, who is serving a twenty-two year term.

In addition, the Wadi Hilweh Information Center in Silwan (Silwanic) has reported that the soldiers kidnapped two children in Beit Hanina neighborhood, north of occupied Jerusalem.

Silwanic said the soldiers kidnapped Khalil Abu Issa, 15, and Yousef Abu Radwan, 15, and took them to an interrogation center in occupied Jerusalem.

Man Shot Dead By Israeli Army in His Home While Trying To Rescue His Wounded Son
http://www.imemc.org/article/72332

Army Kidnaps Six Palestinians In Hebron, One In Tulkarem
http://www.imemc.org/article/72336