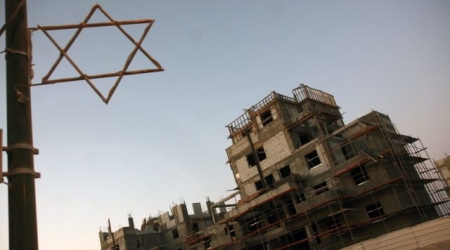 The Israeli justice ministry established a committee Tuesday that ‘legalize’ the settlements set up on the West Bank lands.Israeli cabinet secretary Avichai Mendelblit will head the committee, which had been called for in the coalition agreement between Naftali Bennett’s Habayit Hayehudi and Benjamin Netanyahu’s Likud. It will submit its conclusions in 60 days, according to Al Ray.

The committee will include Director General of the Agriculture Ministry Shlomo Ben Eliyahu, the legal adviser to the Ministry of Defense Ahaz Ben-Ari, and Dr. Hagai Vinitski.

According to Israeli justice minister Ayelet Shaked, the panel will discuss formulating an outline for regularizing the settlements outposts built in West Bank lands with the involvement of Israeli authorities.

Skaked said that the status of settlements plots in the West Bank is ‘legally ambiguous’ and it is the time to clear the legal fog. She noted that the committee comprises land experts, jurists and directors general.

It is noteworthy that Israeli civil administration in the West Bank is set to grant permits for the construction of 906 new housing units on Thursday, which is the first approval in a year.

Haaretz paper reported that the permits are seen as being part of an attempt by Defense Minister Moshe Ya’alon to appease settler leaders following a High Court ruling that two illegal structures in the settlement of Beit El must be demolished.

It approved the construction of 296 units inBeit El, to be built on the site of a Border Police base that will be evacuated. This construction is compensation for Beit El’s agreement to evacuate five buildings on the site known as Ulpana Hill, which had been built on private Palestinian land.

In other parts of the West Bank, 112 new units are to be built in Ma’ale Adumim on a 50-dunam site originally zoned for public buildings. The Ma’ale Adumim municipality gave up its claim to the area, giving the green light to the residential construction.

In Givat Zeev, 381 new units will be built in a 152-dunam area in the neighborhood known as Agan Ha’ayalot, and will be earmarked for an ultra-Orthodox population. In the settlement of Psagot, 24 buildings that are already standing will be retroactively approved. This is a complex built by the settlement association Amana, which is responsible for most of the illegal construction in the West Bank.