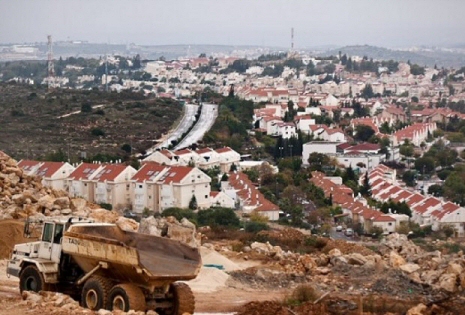 In defiance of international law, Israeli occupation authorities approved, on Thursday, 906 new settlement units in the occupied West Bank.It is reported, according to Days of Palestine, that the Israeli Supreme Court ruled several buildings in the Jewish-only Beit El settlement to be illegal and consequently ordered their demolition.

The Israeli Civil Administration in the West Bank will include, in its announcement, the approval of 296 units in Beit El, which rests several kilometres north of Ramallah, the seat of the Palestinian government.

According to the Israeli online newspaper ‘Times of Israel’, the new units will be built on a soon-to-be-evacuated Border Police base. The construction is compensation for Beit El agreeing to withdraw from five buildings it previously held on private Palestinian territory.

Both settlements are less than 10 kilometres from Jerusalem and considered within the major settlement blocs the Israeli occupation will seek to keep in any future agreement with the Palestinian.