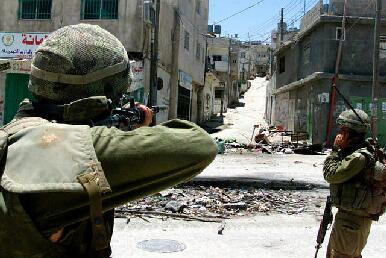 A large Israeli military force invaded, on Friday at dawn, the Deheishe refugee camp in the West Bank city of Bethlehem, and clashed with scores of local youths, wounding two in the head and arm. Media sources said the soldiers surrounded the camp before invading it, and fired rounds of live ammunition, rubber-coated metal bullets and gas bombs.

One Palestinian was shot with a rubber-coated metal bullet in the head and leg, and another resident was shot in his arm.