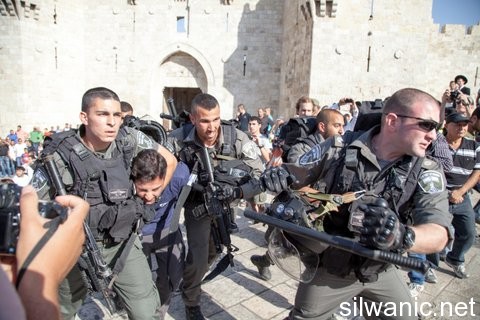 On Thursday evening, undercover soldiers of the Israeli army invaded Ein al-Louza neighborhood in Silwan, and attempted to abduct a number of local youths.

The Wadi Hilweh Information Center in Silwan has reported that the undercover soldiers chased several youths and children in the neighborhood, and smashed a door of the local mosque before occupying its rooftop.

Soldiers also invaded a land belonging to members of the al-‘Abbasi family, and searched it.

On Thursday afternoon, soldiers and personnel of the Jerusalem City Council attached a demolition order to a wall of an under construction home, in Silwan.