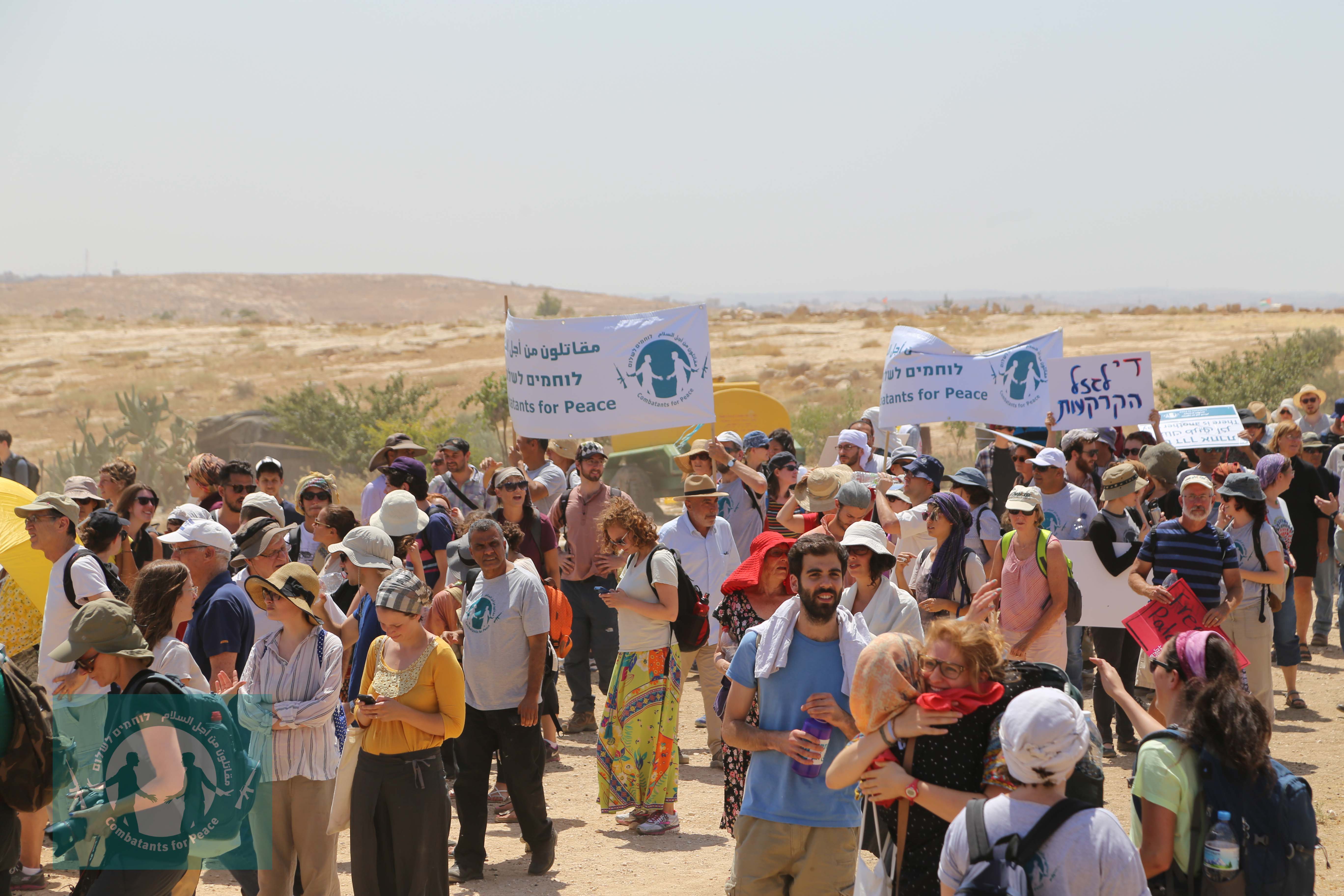 On Friday at 1:30 midday Palestinian villagers were joined by more than 600 Israeli and international supporters to protest the Israeli military decision to demolish half of the homes of Susiya village in the southern Hebron plains south of the west Bank. The decision to demolish the homes of Susiya villagers aims at forcing the residents out of the area to expand the settlement of Susiya originally built on land taken from the local villagers. From the Israeli side the Combatants for Peace movement, CFP, helped in organizing the protest. More than 450 members of CFP took part in the march today.

Also members of the popular struggle committees, Palestinian MP Mustafa Al Barghouthi, and a group of Palestinians from Galilee and Jaffa joined protest today.
The protesters marched near the homes Israel wants to demolish chanting against the Israeli occupation and held signs demanding the halt of home demolishing policy by Israeli targeting Palestinian villagers.

“ we have no water and no electricity, they refuse to allow use to live on our own lands, meanwhile inside the settlements they have all what they need.” Abu Mahmoud, from Susiya, told the crowed.” We thank all who joined us today.”

In his turn Mohamed Ewadah, general coordinator of CFP told the protester, “ we are here in Susiya because its is the symbol of nonviolent struggle against the occupation, we are here not to protest the destruction of one or two tents only, we came to this area to prove that our rights will not be forgotten if we keep demanding them.”

The Israeli human rights groups Rabbis for Human Rights and B’Tselem said, in a statement last week that pressure from Israeli settlers had led to the decision to carry out demolition orders in the village of Khirbet Susiya after Ramadan, although a high court hearing regarding the case is currently scheduled for August 3.

The court case has been ongoing since 2012, when residents of Khirbet Susiya applied for the Israeli Civil Administration to approve an outline plan for northern part of the village. Susiya villagers reportedly built homes in 1986 on agricultural land they owned, after being evicted by Israel from their previous dwellings on land declared as an archaeological site.

“Combatants for Peace primarily works at the street level in the two communities, encouraging people to take joint Israeli-Palestinian action against the on-going occupation and violence. The Movement’s activities are based on a number of Israeli-Palestinian regional groups whose members work in the field and use various tools to provide collective opposition to Israeli military rule and to promote bi-national nonviolent interaction. “ 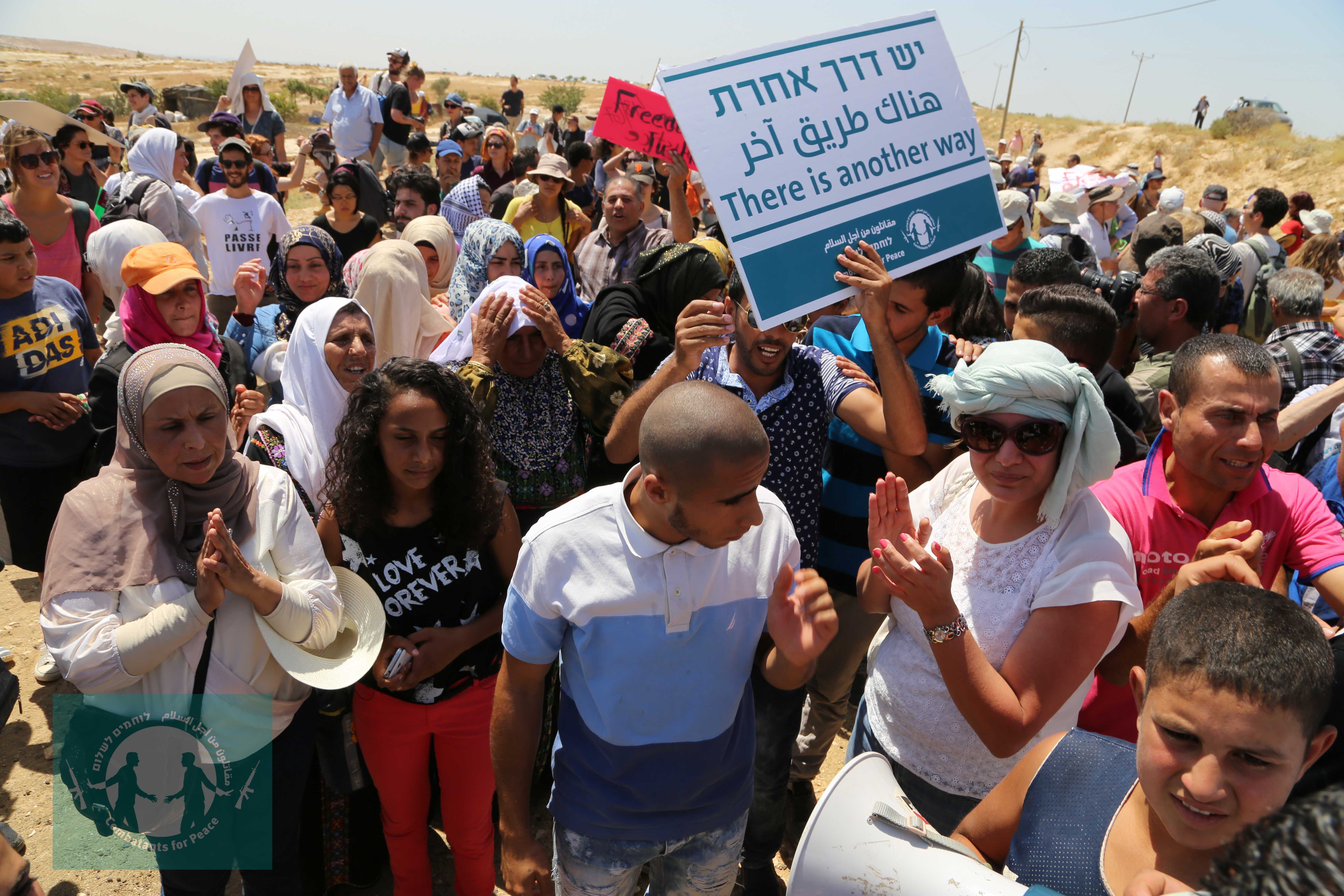 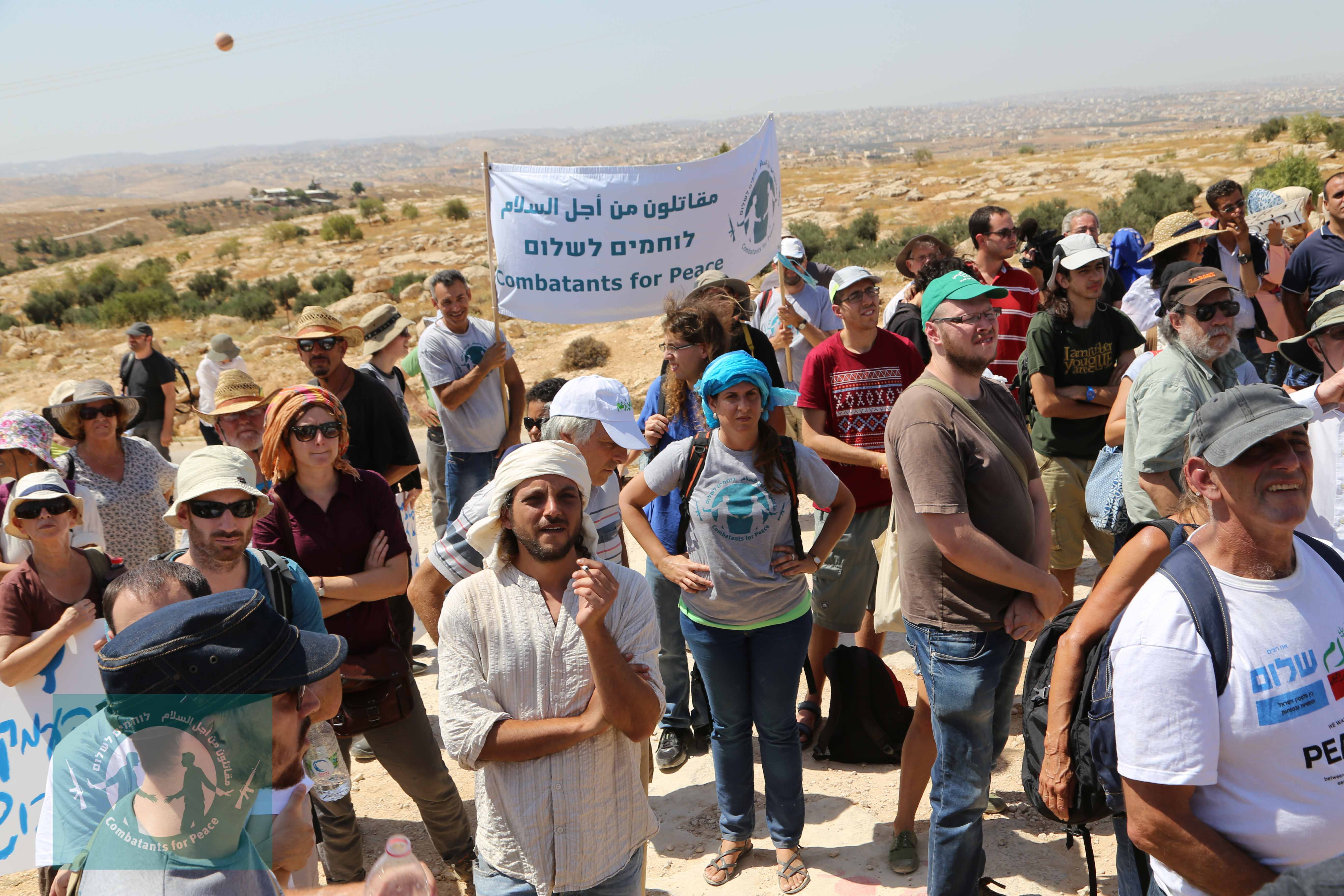 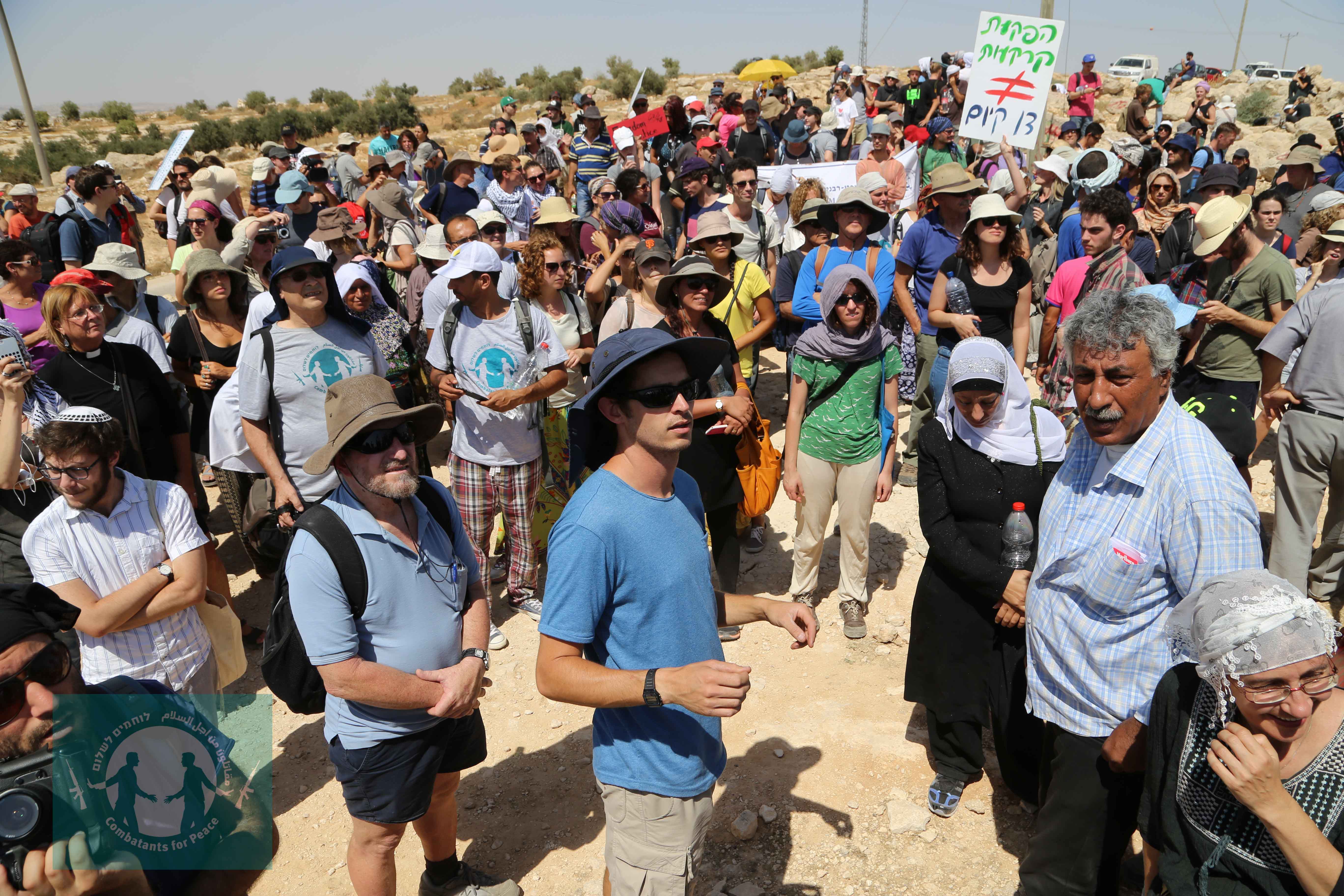 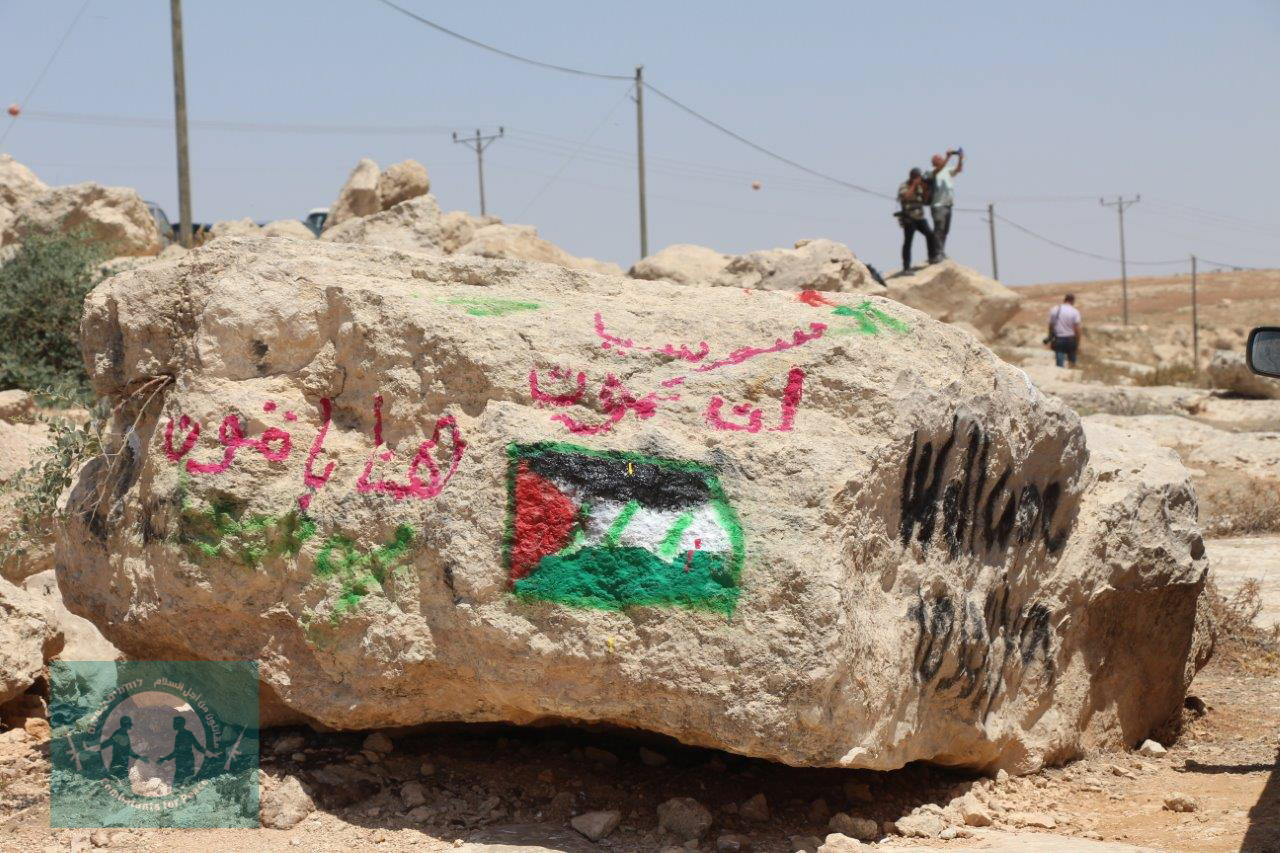