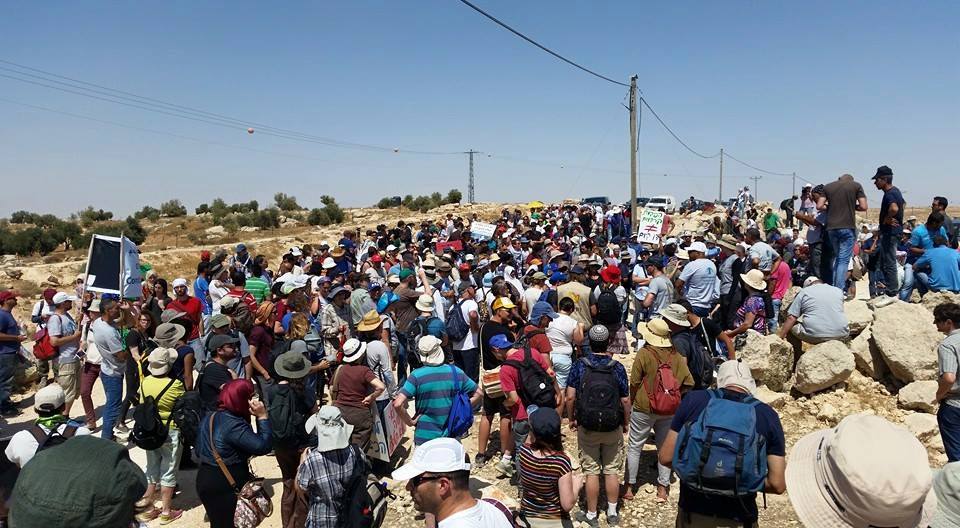 The Israeli daily Haaretz has reported that a document released by the Civil Administration Office of the Defense Ministry affirms that Susiya village, in the southern West Bank district of Hebron, is built on private Palestinian property. But in spite of this admission, the Israeli military has stated that they will continue with a plan to demolish the village, and forcibly relocate the Palestinian families who live there.

The Jabour and Nawaja families, based in Susiya for hundreds of years, have in their possession ownership documents of their land that date back to the Ottoman empire of the late 1800s.

They are among the 40 extended families (around 350 people) who live in Susiya who are facing forced relocation by the Israeli government.

Although multiple families in the village do have the Ottoman-era ownership papers, the Israeli government had, up to this point, refused to recognize them because the property lines and geographical references were allegedly unclear.

But now, an Israeli civil servant assigned to the task of investigating the Palestinian claims of ownership has identified the geographical elements referenced in the original ownership documents, and has confirmed that the families do indeed own the land on which they have lived for generations.

The civil servant, Moshe Meiri, presented his findings this week to the Israeli Civil Administration, and concluded that the demolition orders issued against the Jabour and Nawaja families must be rescinded.

Despite this finding, the Israeli military has resumed plans to demolish the family homes, barns and stables in Susiya village.

The 350 Palestinian residents of the village have been joined by international solidarity activists in a round-the-clock vigil to try to stop the demolitions from proceeding.

In 2013, the residents of Susiya had submitted a master plan for the future development of their village, but the Israeli civil administration rejected the plan, saying that the residents should instead be forcibly relocated to allow for the expansion of the illegal Israeli settlements being constructed in the area.

The right-wing group Amana filed a case in the Israeli court system to try to push for the demolition of the village. And while the court initially ruled against the residents of Susiya, the court also called for an investigation into the ownership papers, which has now been completed and has confirmed Palestinian ownership of the land.

U.S. State Department spokesman John Kirby stated on July 17th, just over a week ago, that “We’re closely following developments in the village of Susiya in the West Bank, and we strongly urge the Israeli authorities to refrain from carrying out any demolitions in the village. Demolition of this Palestinian village or of parts of it, and evictions of Palestinians from their homes would be harmful and provocative. Such actions have an impact beyond those individuals and families who are evicted. We are concerned that the demolition of this village may worsen the atmosphere for a peaceful resolution and would set a damaging standard for displacement and land confiscation, particularly given settlement-related activity in the area.”

Despite this statement and the most recent findings of the civil servant charged with investigating ownership of the land, the Israeli planning council continues to move forward with a plan to demolish the village and forcibly transfer the residents of Susiya to the town of Yatta nearby. 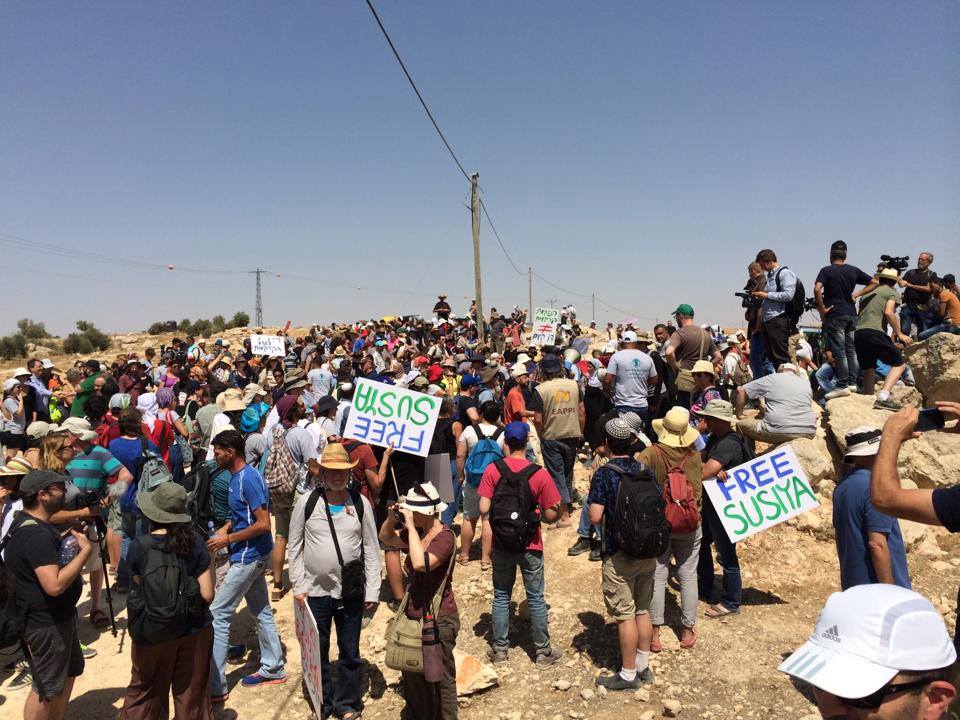