Many Palestinians Injured In Al-Aqsa Mosque 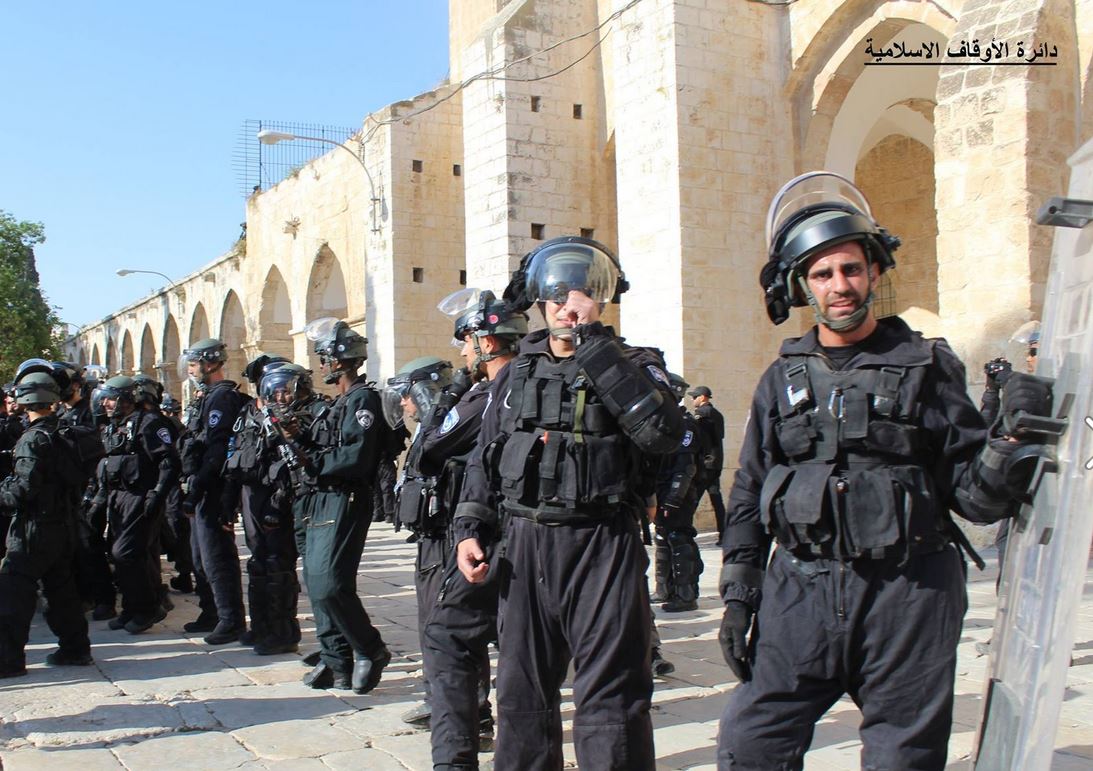 Dozens of Palestinians have been injured, Sunday, after a large military force, and fanatic groups, stormed the courtyards of the Al-Aqsa Mosque, before storming the mosque itself, and clashing with scores of residents.The invasions largely took place through the al-Magharba Gate, especially after the army sealed the entire mosque compound, to enable Israeli fanatic groups to visit the mosque to mark the “destruction of the temple.”

The provocative tours led to clashes with the Palestinians who managed to barricade themselves in the mosque, the WAFA News agency has reported.

WAFA said the clashes lasted for several hours, extending to areas around the mosque, and in Jerusalem’s Old City.

The army fired concussion grenades and gas bombs on the Palestinians and inside the mosque, causing scores of residents, especially the elderly, to suffer severe effects of tear gas inhalation.

In addition, soldiers surrounded the Al-Qibli mosque, in the Al-Aqsa mosque compound, and forcibly removed the guards, in addition to assaulting one of them, and several worshipers.

Clashes also took place in various neighborhoods in occupied Jerusalem, while the army installed roadblocks surrounding the Al-Aqsa Mosque, and prevented hundreds of Palestinians from entering it since early dawn hours.

Many roadblocks were installed on Saturday at night, while dozens of soldiers and police officers have been deployed in the Old City, especially in areas leading to the Al-Aqsa.