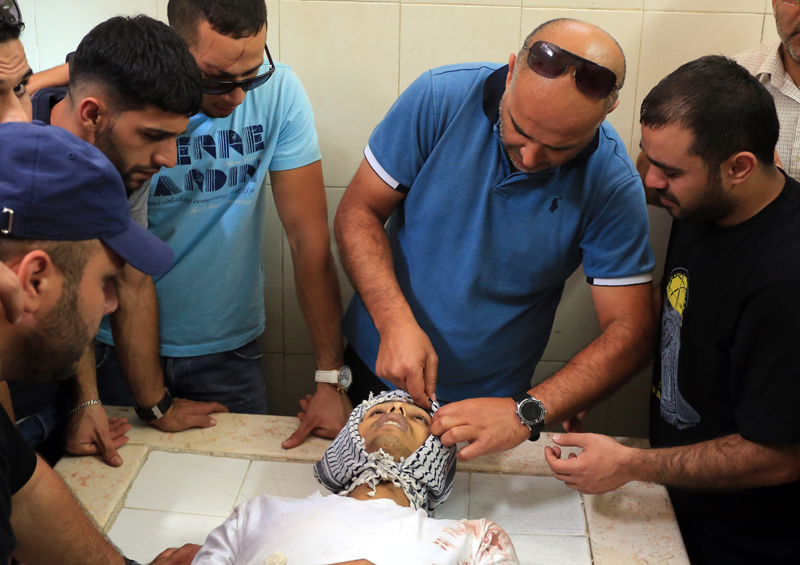 The Palestinian Foreign Ministry issued statement, Monday, strongly condemning the death of a young Palestinian man, who was shot and killed at dawn, by Israeli army fire in the Qalandia refugee camp, north of occupied Jerusalem.The Foreign Ministry said Mohammad Ata Abu Latifa, 20 years of age, “was murdered in cold blood,” and that the crime is “a continuation of Israel’s aggression, and escalating brutality against the Palestinian people.”

In its statement, the Ministry said the “Israeli government, and its head Benjamin Netanyahu, are directly and fully responsible for the ongoing crimes and executions, especially the orders and military protocols that enable the army to kill the Palestinians with impunity.”

It added that the incitement to murder, and the racist statements by Israeli officials of Israel’s right-wing groups, including government officials and legislators, are the cause of this deadly escalation.

“The Israeli government is openly calling for violence and counter violence; it deliberately tries to drag the Palestinians, and their leadership, into an ongoing cycle of violence,” the Ministry said, “Tel Aviv is not interested in peace; it is acting on foiling all international initiatives to resume direct, and meaningful, peace talks.”

The Foreign Ministry also called on various international human rights groups, operating in occupied Palestine, to document the ongoing Israeli crimes, and to submit those files to the International Criminal Court (ICC).

It added that it is documenting those violations, also to file them to the ICC, in addition to continuing its diplomatic and legal work “to ensure criminals are prosecuted.”

He added that Israel is deliberately acting on foiling all political and diplomatic moves, and that its policies will lead to serious complications.