Soldiers Kidnap A Palestinian In Ramallah 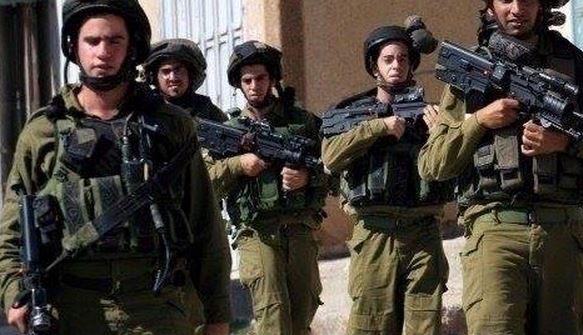 Israeli soldiers kidnapped, on Thursday at night, a Palestinian from the northern West Bank district of Jenin, after stopping him on a roadblock near the central West Bank city of Ramallah.Media sources in Jenin said the soldiers have kidnapped Fadel Riyad Qabaha, 26 years of age, on sudden roadblock near Ramallah, and took him to an unknown destination.

The kidnapped Palestinian is from Toura al-Gharbiyya village, west of Jenin.

The sources added that, last week, the soldiers have escalated their invasions and arrests against villages near Jenin, kidnapping many Palestinians, including several residents who were taken prisoner on sudden roadblocks.

Last week, the soldiers kidnapped many young Palestinian men in Toura al-Gharbiyya, and took them to a number of interrogation centers.