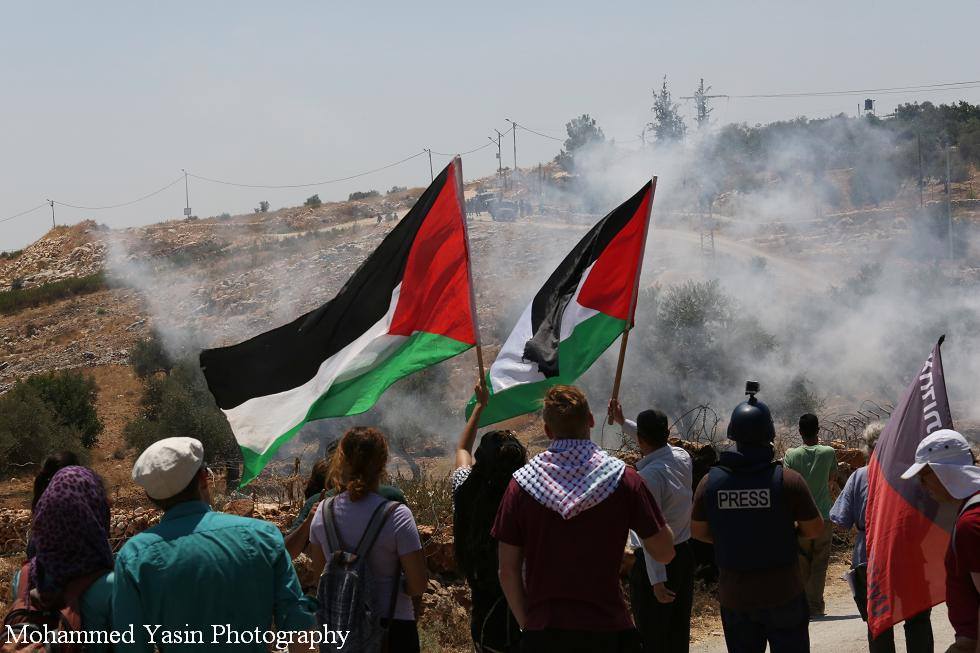 Israeli soldiers attacked, Friday, the weekly nonviolent protest against the Annexation Wall and settlements, in Bil’in village near the central West Bank city of Ramallah, causing scores of injuries.The Popular Committee against the Wall and Settlements In Bil’in has reported that the soldiers fired dozens of gas bombs, concussion grenades and rubber-coated metal bullets on the Palestinian, Israeli and international peace activists as they marched towards the Wall.

The soldiers also chased the protesters into the village’s olive orchards, and fired gas bombs at them, causing scores of injuries, while army fire set several trees ablaze in an orchard belonging to resident Khalil Abu Rahma.

The protesters marched from the center of the village, heading towards the Wall, carrying Palestinian flags and posters while chanting for steadfastness, liberation and the removal of Israel’s illegal colonies.

They also called for ongoing popular resistance against the illegal Israeli occupation of Palestine, and for the liberation of all detainees.

The Popular Committee strongly denounced the attack by Israeli fanatics on a Palestinian family near Nablus as they slept, by hurling firebombs on their home, torching it and leading to the death of an 18-month-old baby, and seriously wounding his family.

It said such criminal attacks are taking place under Israeli military protection, and called on all human rights and legal groups around the world to hold Israel accountable for its escalating massacres and crimes against the Palestinian people. 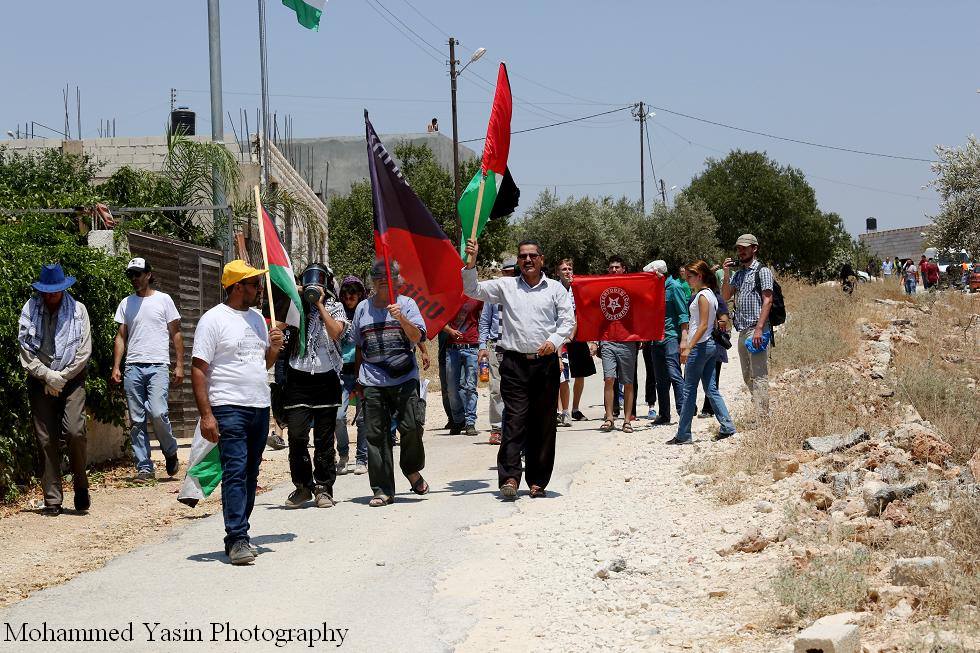 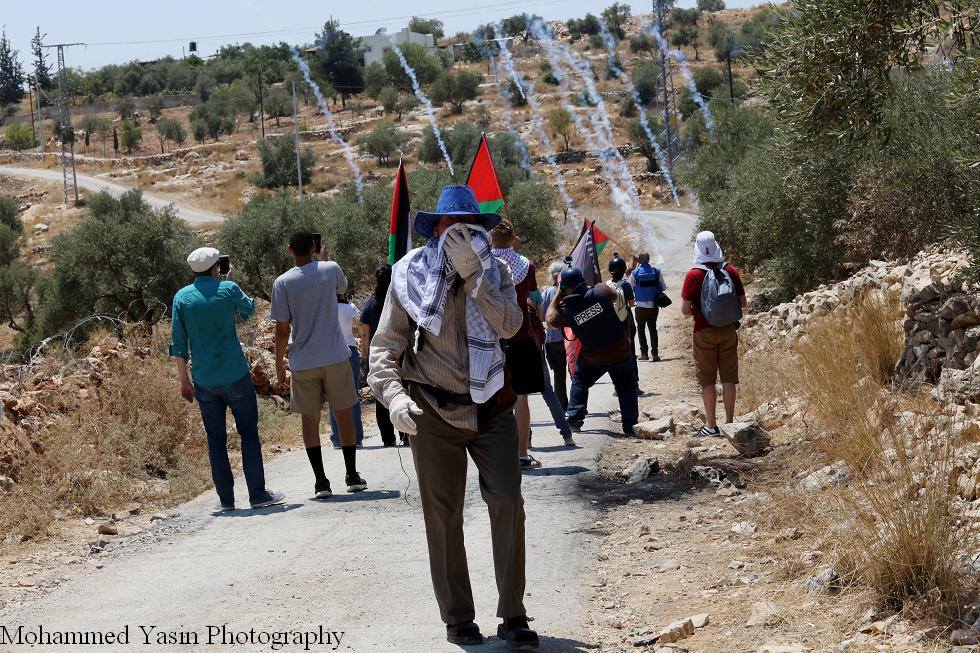 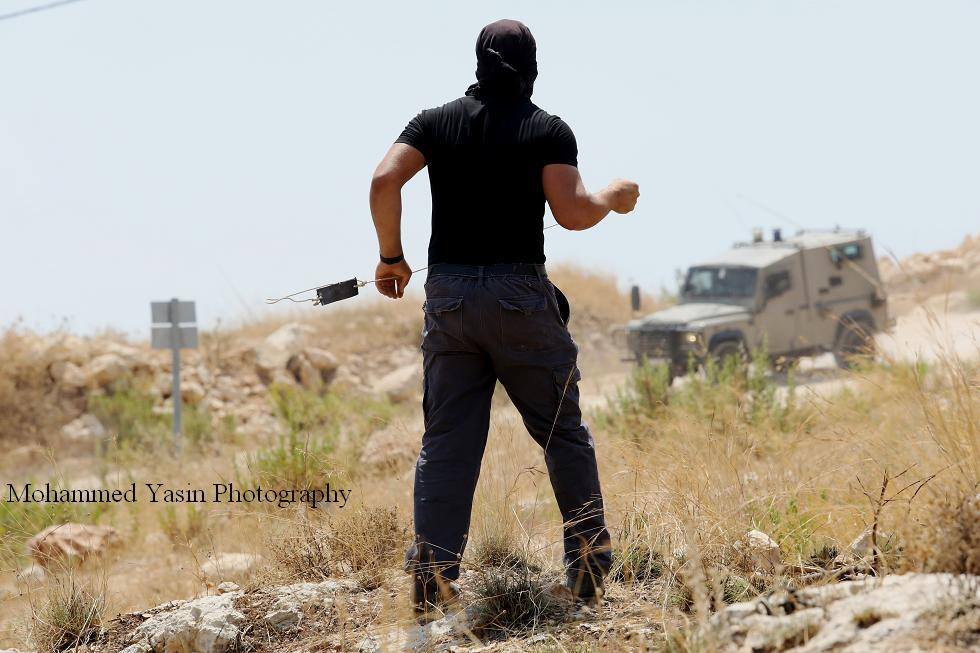