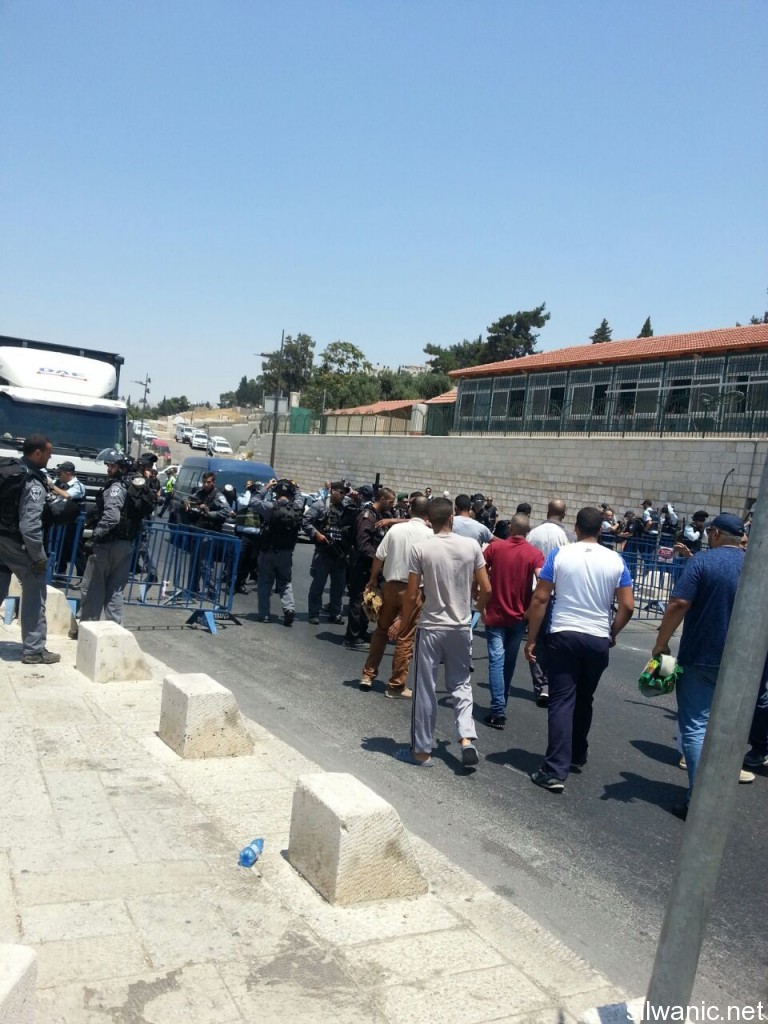 Israeli soldiers invaded, Friday, the West Bank districts of Jericho and Ramallah, searched homes and kidnapped two Palestinians. Soldiers also invaded a town near Qalqilia, while a man was injured in Jerusalem after being rammed by a settler’s car.Media sources in Jericho said several Israeli military vehicles invaded the city, before breaking into, and violently searching, the home of ‘Ala Zoheir Badawi, 27 years of age, and kidnapped him.

Soldiers also kidnapped a Palestinian, identified as Wisam Sider, in Bab Hatta area, in occupied Jerusalem, and took him to an interrogation center in the city.

In addition, dozens of soldiers invaded ‘Azzoun town, east of the northern West Bank city of Qalqilia, and closed its main road, in addition to the road that leads to Ezbet at-Tabib village.

The invasion led to clashes between the soldiers and scores of youths.

In Jerusalem, a Palestinian man was injured after being struck by a speeding Israeli settler’s car, in Ras al-‘Amoud neighborhood.

It added that after Israeli soldiers arrived at the scene, the Israeli driver fled to an illegal colony in Ras al-‘Amoud.