Palestinian Killed, Another Injured by Israeli Forces in Northern Gaza 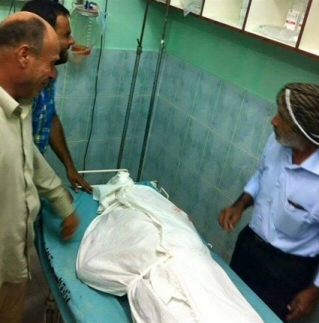 Witnesses said the two were shot suddenly while walking near the buffer zone.

An Israeli spokesperson said ‘two suspects approached the security fence’ near the buffer zone in the northern Gaza Strip.

According to the spokesperson, Israeli forces told the two to halt, then fired shots into the air. The spokesperson said one of the men continued toward the fence ‘in spite of repeated warning, so the [Israeli] forces fired towards the lower extremities of the suspect.’

The spokesperson added that after the hit, the two suspects were then seen moving away from the fence.
Israeli forces opened fire towards civilians in the ‘security buffer zone’ on land and at sea on at least 23 occasions during the last two weeks, according to the United Nations Office for Coordination of Humanitarian Affairs.

On two occasions, Israeli forces entered and leveled land near the fence inside the Gaza Strip.