Soldiers Invade A Village Near Ramallah 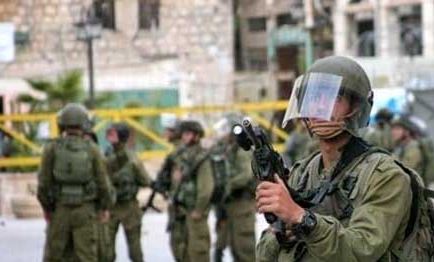 Israeli soldiers invaded, on Saturday at dawn, Kafr Malek village, east of the central West Bank city of Ramallah, stormed and searched several homes, and clashed with dozens of local youths.Eyewitnesses said the soldiers violently searched several homes, and interrogated the families, in addition to detaining one Palestinian for more than two hours.

The soldiers interrogated the families, asking them to “reveal the names of Palestinians who throw stones on the army.”

In addition, several military jeeps invaded the gas station in the village, smashed one of its doors, and confiscated a car parked there.

The invasion led to clashes between the soldiers and local youths, who hurled stones and empty bottles on them.