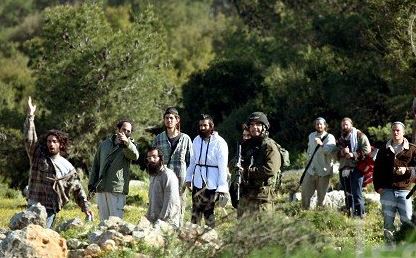 A number of extremist Israeli settlers, living in illegal colonies built on Palestinian lands, attacked on Saturday morning Palestinian farmers in their lands, in Qasra village, south of the northern West Bank city of Nablus.Ghassan Daghlas, a Palestinian official in charge of Israeli settlement files in the northern part of the occupied West Bank, said the fanatics came from the Yesh Kodesh illegal outpost.

He added that the assailants attacked the Palestinian villagers, and prevented their bulldozers and tractors from entering their lands.

Local youths of a Guards Committee, a civilian group that tries to counter settlers’ violence, managed to chase the fanatics away.

Daghlas further stated that Israeli soldiers were present in the area, and instead of removing the settlers, they started firing gas bombs and concussion grenades on the villagers, forcing them out of their lands.

Attacks by Israeli extremists in the West Bank