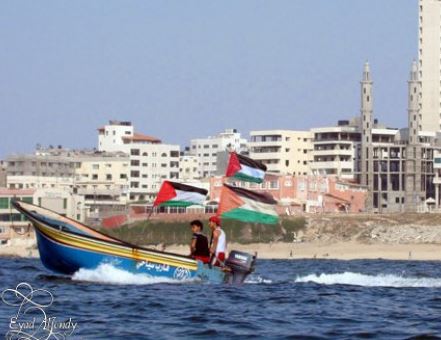 Several Israeli navy ships opened fire, Saturday, on a number of Palestinian fishing boats in Gaza territorial waters, near the Sudaniyya and al-Wista shores of the besieged coastal region. Soldiers also opened fire on farmers in central Gaza.Eyewitnesses said the navy fired dozens of rounds of live ammunition targeting various fishing boats in the Sudaniyya area, northwest of the Gaza Strip, in addition to the Zawayda and Deir al-Balah, in Central Gaza.

The attacks caused property damage but no injuries.

In addition, Israeli soldiers, stationed across the border fence, opened fire on a number of Palestinian homes and farmlands, east of the Salqa Valley and Abu Samra area, in central Gaza.

The navy and soldiers conduct ongoing assaults and violations against the Palestinians in the Gaza Strip, and its territorial waters.

The attacks have led to dozens of casualties, including fatalities, and property damage.

On Friday, Israeli soldiers shot and killed a Palestinian, and injured another, near Beit Lahia in northern Gaza.