Clashes In Abu Dis After Army Invaded It, Trees Burnt 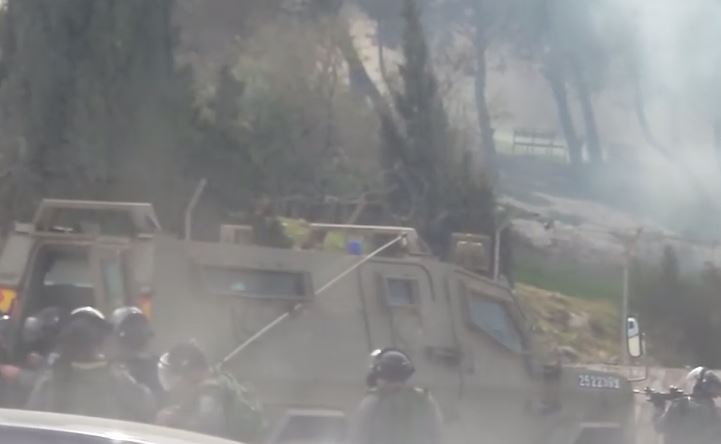 Israeli soldiers invaded on Saturday evening Abu Dis town, east of occupied Jerusalem, clashed with dozens of Palestinian youths, and fired gas bombs and concussion grenades on them, and nearby lands, causing fires in the groves of Abu Dis University.The soldiers surrounded the Abu Dis University, leading to clashes with dozens of Palestinians, who hurled stones on them.

The Israeli grenades also caused fires in several trees, before Palestinian firefighters rushed to the scene, and contained it before its spread.

Also on Saturday evening, a number of extremist Israeli settlers invaded a Palestinian agricultural land, in the al-Mogheer village, east of the central West Bank city of Ramallah, and set it ablaze. The villages managed to notice the fire, and contained it.