Combatants for Peace Condemns the Terrorist Attack in Douma Village 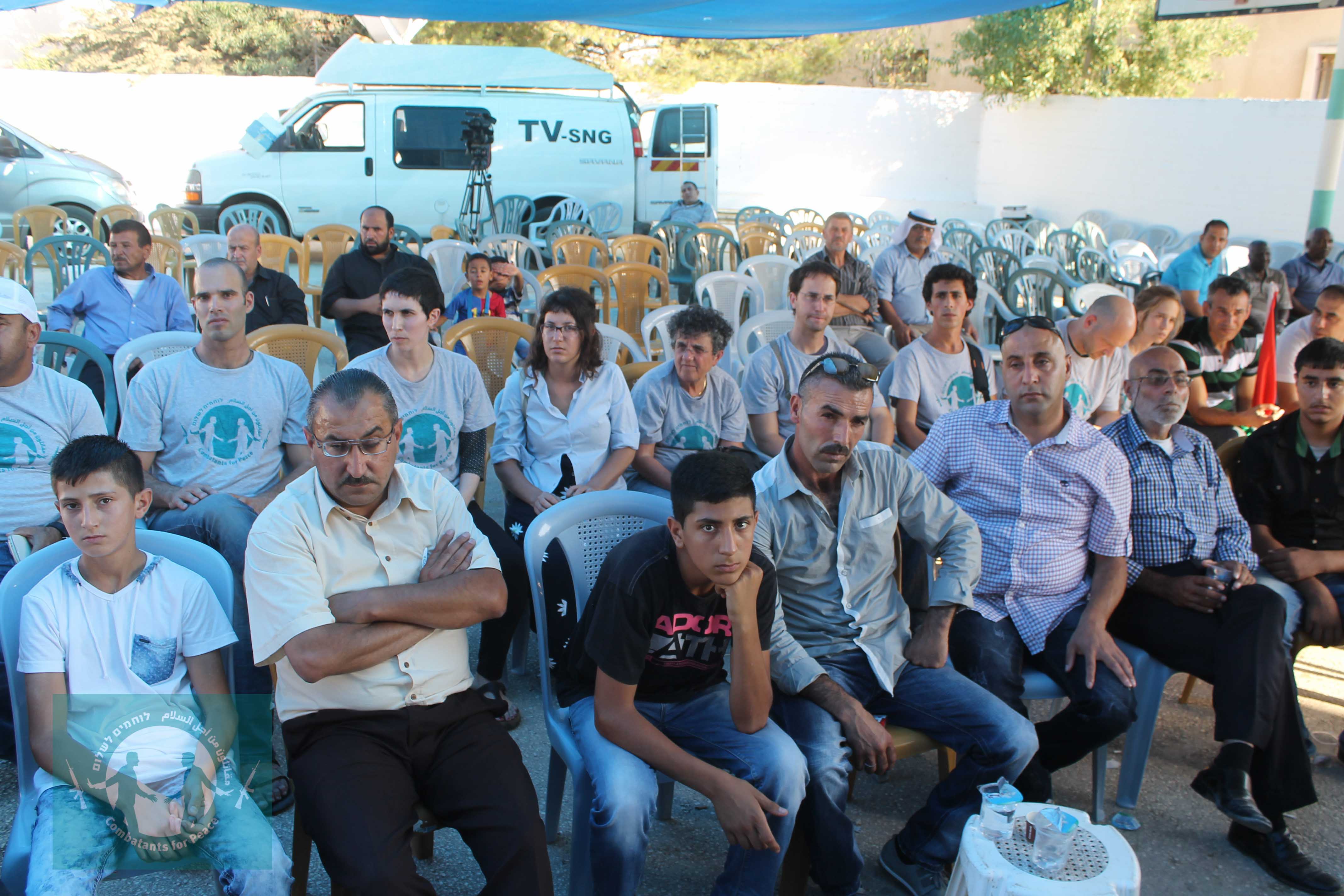 A group of activists from the Combatants for Peace Movement visited the village of Douma near the northern West Bank city of Nablus and paid Condolences for the child family that was killed by settlers attack two days ago. On Thursday night 30/7/2015 a group of settlers fire-bombed Dawabsha home in Douma village killing18 month old Ali and cortically injuring his mom, father and 4 year old brother. They all were moved to an Israeli hospital for treatment.

The villagers welcomed the CFP group who were both Israeli and Palestinian activists.

“I stand here shocked of this attack and I agree the opinion that says this is a terrorist attack. My belief that all attacks against Palestinians should be stopped.” Said Mittal Luckhof, member of Combatants for Peace.

From his part Jamiel Qassas of CFP told the gathering “we are here today not to say words only but to engage in real work to stop the radical settlers from continuing their terrorist attacks. This tragedy push us to do more work to end the Israeli occupation and establish the independent Palestinian state.”

Later the group visit the home of the Dawabsha family and met eyewitnesses who witnessed the attack. During the attack of the settlers, another home near Dawabsha house was also set on fire and the settlers wrote racist graffiti on the walls nearby.